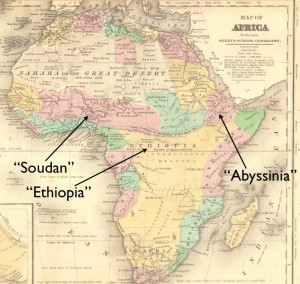 The historical displacement of place names is especially pronounced in Africa. “Africa” itself is a prime example. “Afri” was originally a… – Read More