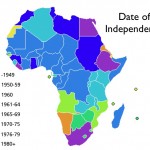 In September 2011, the United National General Assembly voted to recognize the anti-Gaddafi National Transitional Council as the legitimate government of Libya. As is evident in the Wikipedia map posted here, the countries voting against the resolution are concentrated in two parts of the world. One group, located in Latin America, is composed of the

Where Is Southern Africa? 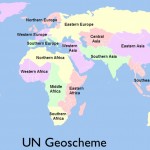 Recent GeoCurrents posts have focused on Southern Africa. The regional boundaries, however, has not been defined. What exactly, one might ask, does Southern Africa encompass? It obviously includes South Africa, but what other countries, or parts of countries, are slotted into the region? As is often the case with broad geographical designations, the answer remains