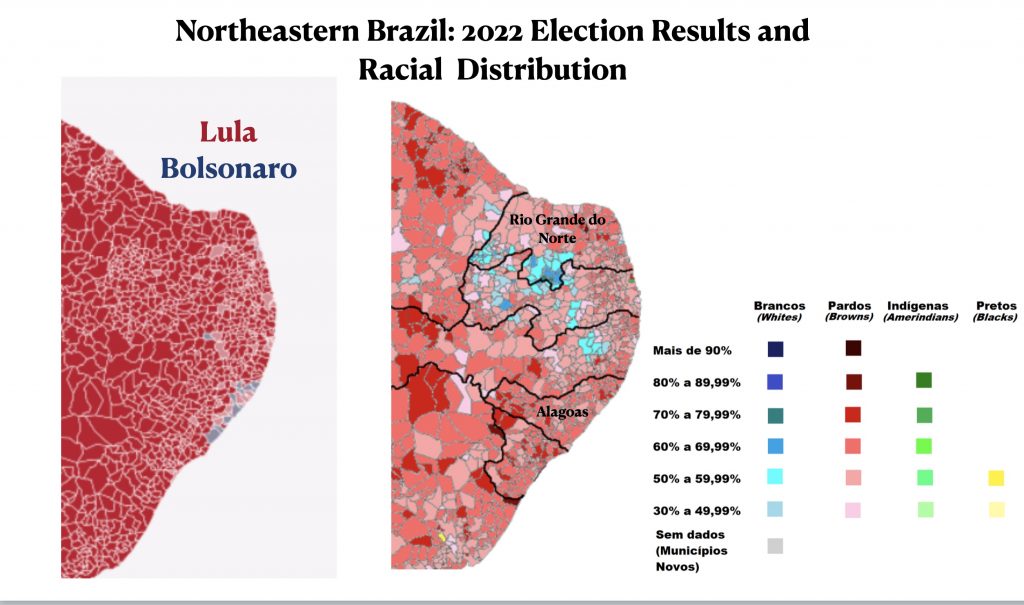 Some clear racial voting patterns are evident in the 2022 Brazilian election. A map of Brazil’s relatively densely populated eastern strip, for example, shows a clear north/south divide. Its northern half is mostly non-white and voted heavily for Lula da Silva, whereas its southern half supported Bolsonaro and has a population of mostly European descent. To be sure, a few exceptions are found, such as the mostly white, Lula-voting area in the extreme southeast. When one looks at maps of Brazil as a whole, however, the situation is revealed to be much more complicated, as it does in… – Read More