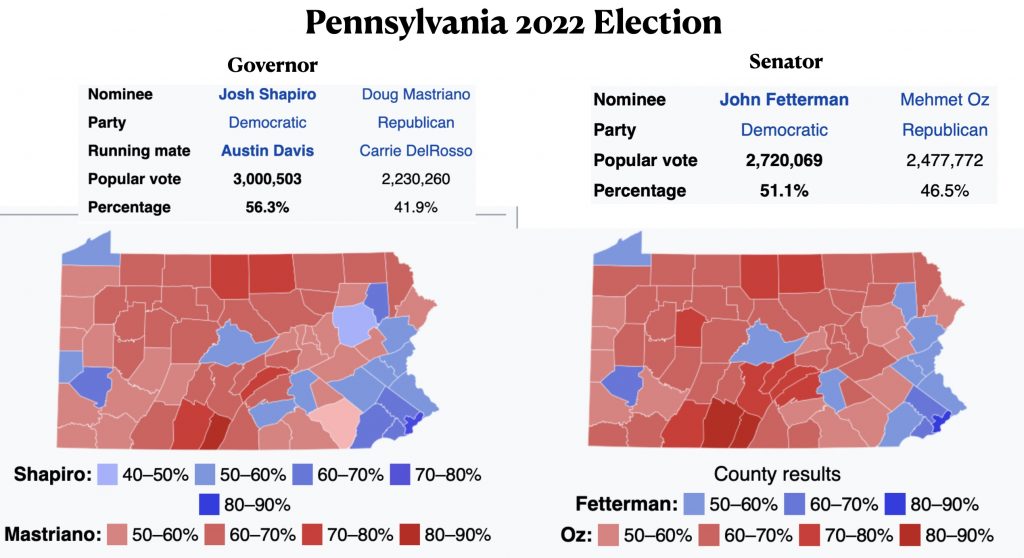 By the 1990s, Pennsylvania and Michigan had become solidly Democratic states in national elections, forming key blocks in the so-called Blue Wall stretching across the northeastern quadrant of the country. In 2016, however, both states swung to Republican Donald Trump, albeit by very narrow margins. In the 2022 two midterm election, both states returned to the blue camp, with Democratic candidates outperforming expectations. In all likelihood, Michigan and Pennsylvania will be critical states in the 2024 President presidential election.