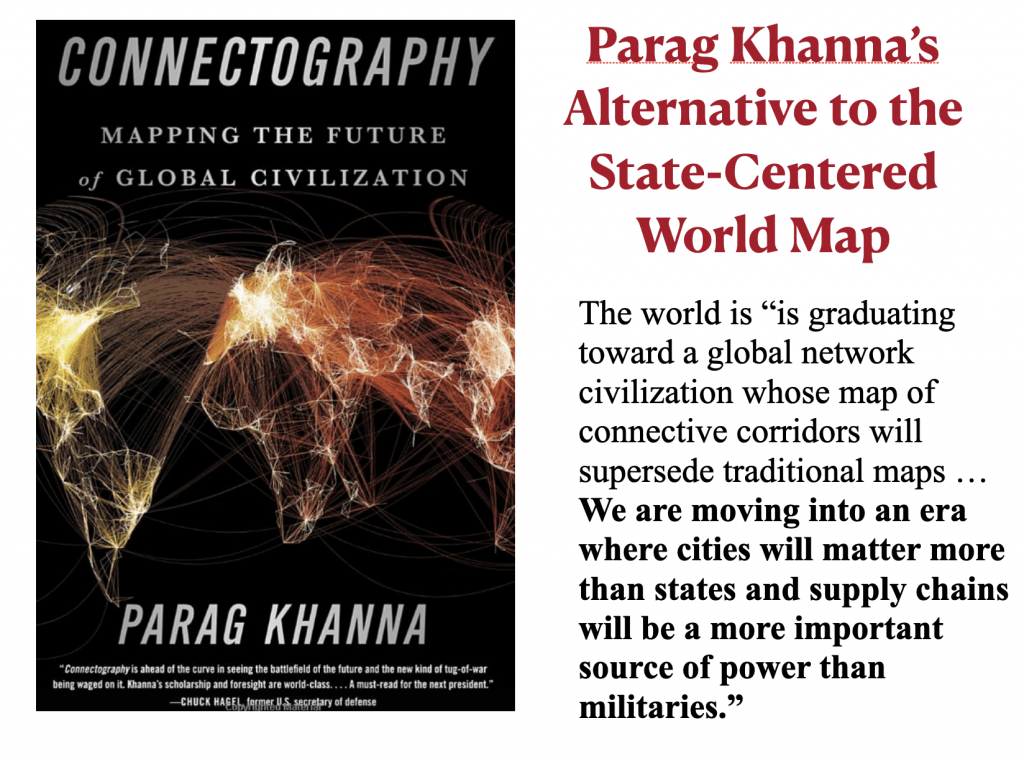 Toward A Post-State Global Order?

Critics who have largely accepted the Westphalian schema as a serviceable depiction of the past have at times prophesied its impending demise. Bold prognosticators of various political stripes have for decades seen the interstate system and even the state itself as teetering on the verge of a post-Westphalian collapse. In the 1990s, some neoliberals “were inspired by swift economic globalization to dream of the withering away of the state”[1] – a fantasy more often associated with their anarchist opponents. Critical IR theorists around the same time began to claim that sovereignty itself was intrinsically totalitarian and would soon vanish from the world.[2] Others imagined the advent of alternative arrangements. When the Soviet Union disintegrated, calls were made for a “return to earlier ideas about an international order composed of diverse political entities, including groups with national rights [but] without sovereignty over a defined territory, or minority rights protection under the auspices of an international organization.”[3] Although nothing of quite that kind came about, the growing power of the EU and of various international institutions were read by many observers as signaling the dawn of a post-Westphalian world. As late as 2006, the influential social theorist Jürgen Habermas could hopefully proclaim that “a world dominated by nation-states is indeed in transition toward the postnational constellation of global society.” He envisioned states “losing their autonomy” as international law steadily transformed into cosmopolitan law.[4]

Habermas was too cagey to bet all his chips on a post-Westphalian future. As he noted elsewhere in the same work, “states remain the most important actors and the final arbiters on the global state,” and “are simultaneously gaining latitude for a new sort of political influence.”[5] Nonetheless, his Kantian dream of perpetual peace[6] led him to conjure a near-term future that has simply not played out. Both the troubles of the EU and the rise of an increasingly authoritarian and geopolitically ambitious China have by now cast sharp doubt on any sureties about the waning away of the sovereign state. The state is not and has never been the monolith of Westphalian theory, but neither is it a feeble construct that can be swept away by either the forces of globalization or the drive for social justice. Habermas and other cosmopolitan thinkers may well be right about the long-term direction of political evolution, but we have no way to know. Even if they are eventually proven prescient, the path toward a post-state future appears to be slow, bumpy, and prone to sudden reversals.

Whatever the setbacks, dreams of a soon-to-be-realized global order that transcends both the nation and the state remain evergreen. One recent wave of thinking throws the entire notion of political territoriality into doubt. In a moment of intensifying transnational networks and relational spaces, some Silicon Valley futurists insist that the modernist project of dividing the globe into bounded polities is rapidly becoming obsolete. According to the best-selling author Parag Khanna, the world “is graduating toward a global network civilization whose map of connective corridors will supersede traditional maps … We are moving into an era where cities will matter more than states and supply chains will be a more important source of power than militaries.”[7]

Insightful though Khanna’s cartography may be, rumors of the death of the state are greatly exaggerated. Despite the undeniable rise of global networks, I see no evidence that territorially bounded polities are going away. As has always been the case, spatially dispersed non-hierarchically structured networks intersect with hierarchically structured and spatially bounded power.[8] Unexpected assaults on the global order, like COVID-19, moreover, often serve to re-inscribe borders. On the ground, as we will see, the situation is complicated and disordered, just as it has always been. But for the time being, it seems safe to say that an international order based on sovereign states still reigns supreme, both in popular conceptualization and in formal international law. Geographer Alexander Murphy deserves the last words here:

Territory’s allure, in short, remains a powerful force in our contemporary world of flows, relational spatial understandings, and new ways of envisioning space. Our fascination with the latter should not blind us to the power of the former.[9]