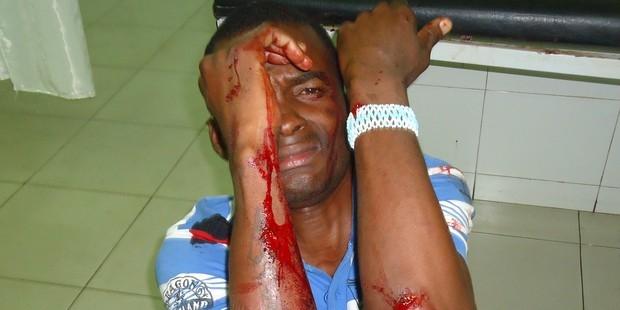 Angola is an economically booming, oil-rich country noted for its low levels of human development, authoritarian government, deep disparities of wealth, and high levels of corruption. Peaceful opposition to the government has recently been mounting, inspired in part by several politically active rap musician, most notably Hexplosivo Mental (Jeremias Augusto) and Carbono Casimiro. Earlier this week, a number of anti-government activists, including Hexplosivo Mental, “were attacked, beaten…” – Read More

After last week’s dystopian projections on GeoCurrents, last Monday’s New York Times countered with unreasonably rosy projections. Good news sells papers. The article conveyed a sense of hope in its readers that the spill, was not as large as feared, and could be easily plugged as soon as this – Read More

The last few Geocurrentcasts have featured environmental disasters on a massive scale, and this week’s spill in the Gulf may top them all. If the fissure in the Ocean continues to spew anywhere near its current rate, and attempts to plug it have failed decidedly so far, the Deepwater Horizon spill is likely to become – Read More

In its December 19, 2009 issue, The Economist magazine reported a rare bit of “good news” from Sudan: the country’s ruling party and the former rebels of the south had agreed upon provisions for the scheduled 2011 referendum that will supposedly allow the south to secede. According to the agreement, Southern Sudan will indeed – Read More