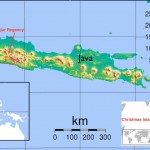 Should Microstates Have Standing?

Even Europe’s larger microstates barely register on the map of the region, much less that of the world. In the basic political map of Europe posted above, Luxembourg and Malta are clearly visible, and even Andorra is fairly easily made out, but magnification is required to discern Lichtenstein and San Marino, while