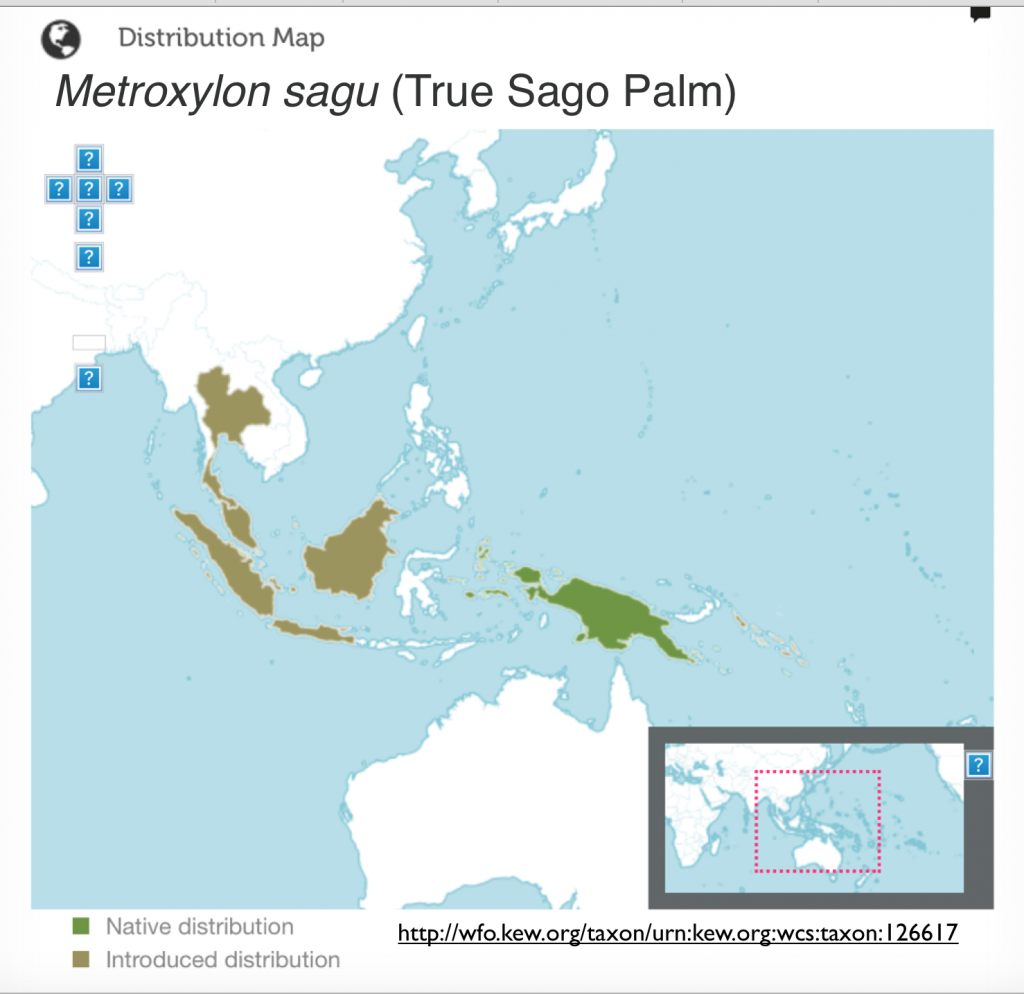 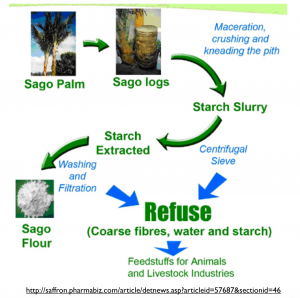 The previous GeoCurrents post mentioned the Manusela people of the Indonesian island of Seram, who evidently incorporate elements of Hinduism, animism, and Christianity in their religious beliefs and practices. The Manusuela rely on the sago palm for their dietary staple, as do many other peoples of eastern Indonesia and the lowlands of Papua New Guinea. (I am referring here to the true sago palm, Metroxylon sagu, not the unrelated cycads [genus Cycas] that are unfortunately given the same common name.) Sago is a most unusual foodstuff, as it… – Read More