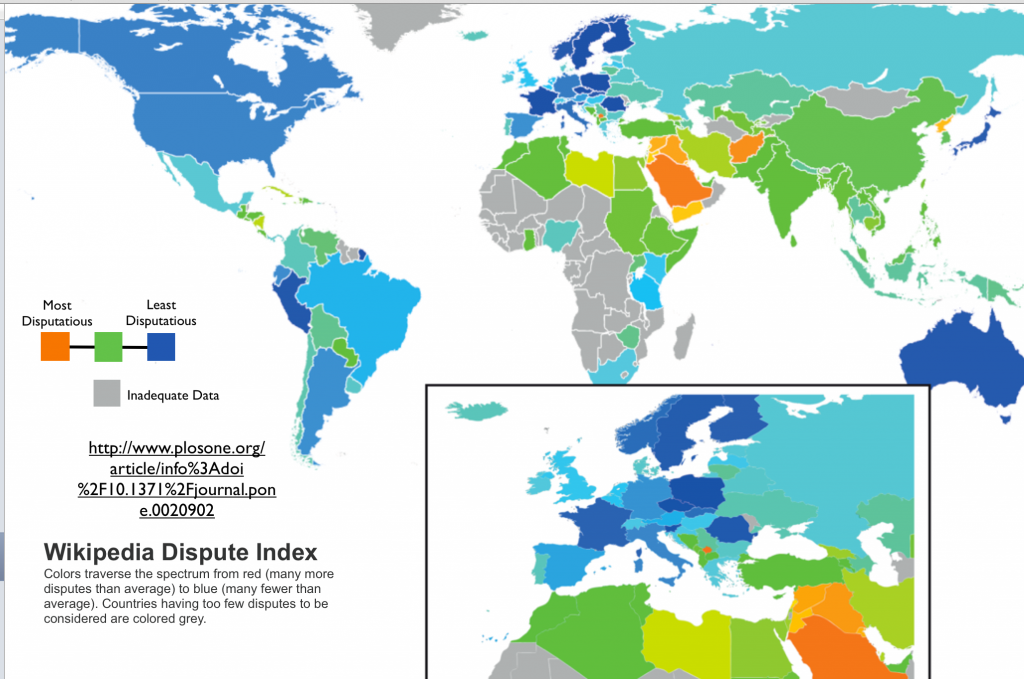 The previous post showed that the Fragile States Index did not capture the fragility of Syria and Libya on the eve of the so-called Arab Spring. The question is then raised about the performance of other indices of state weakness in this this regard. As it turns out, they did little better. 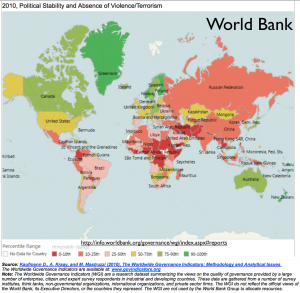 Consider, for example, the World Bank’s 2010 map of political instability (which, unfortunately, simultaneously assesses “absence of violence/terrorism,” a somewhat different issue). On purely cartographic grounds, the map is a disaster: employing… – Read More