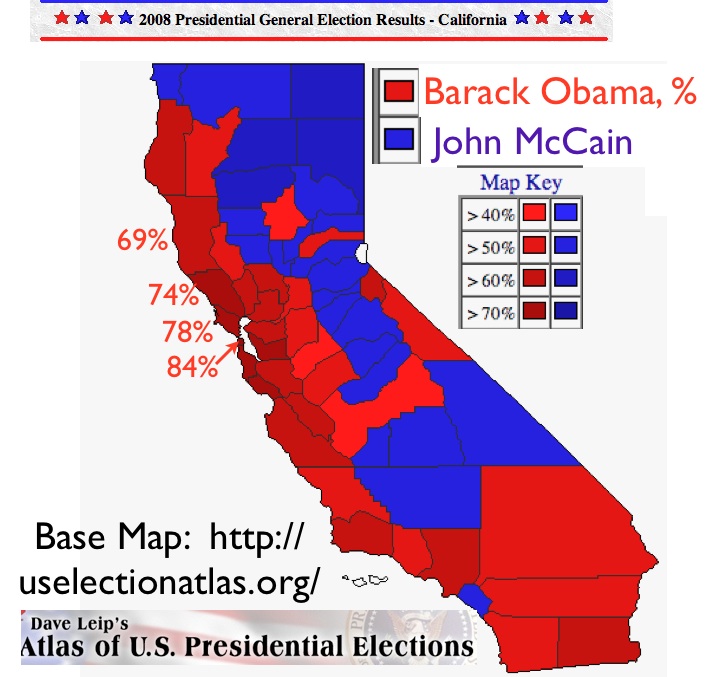 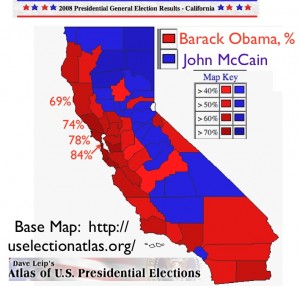 A GeoCurrents post last week highlighted the left-wing orientation of Anderson Valley in California’s Mendocino County, while noting that not all residents lean to the left. The same observation holds for Mendocino County as a whole. Recent election returns show roughly one-third of Mendocino voters selecting Republican candidates, including John McCain in the 2008 U.S. presidential election. As the election map posted here shows—in Dave Leip’s reverse color scheme*—Barack Obama’s 69 percent of the local vote was lower than what… – Read More

Many Native Americans are worried about the reduction of tribal sovereignty. A few are so angry at the United States that they have declared independence. In 2007, Russell Means and a few other Lakota (Sioux) activists delivered formal papers of separation in Washington, D.C. They insisted that their self-proclaimed Republic of Lakotah was not seceding – Read More