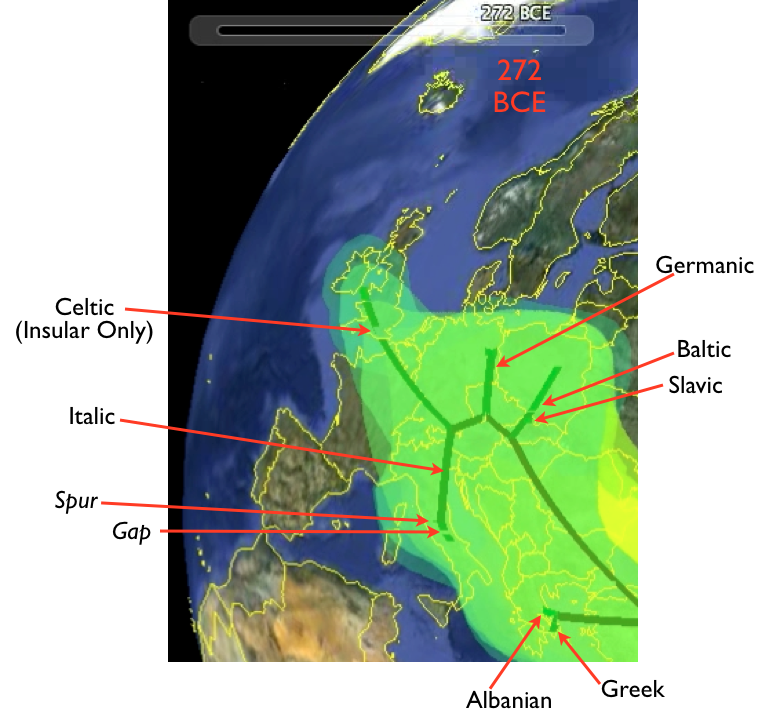 As mentioned in previous GeoCurrents posts, the animated map that accompanies the Science article of Bouckaert et al. depicts their model in action, showing the expansion and differentiation of the Indo-European languages in time and space. Earlier posts criticized the map’s contour shadings, which indicate high probabilities of IE languages being spoken in given areas at given times. Today’s post takes on a related issue, that of the branching lines that spread across the map as the presentation unfolds, indicating both linguistic relationship and the general directions of language-group expansion. Here we can clearly see that the model generates a… – Read More 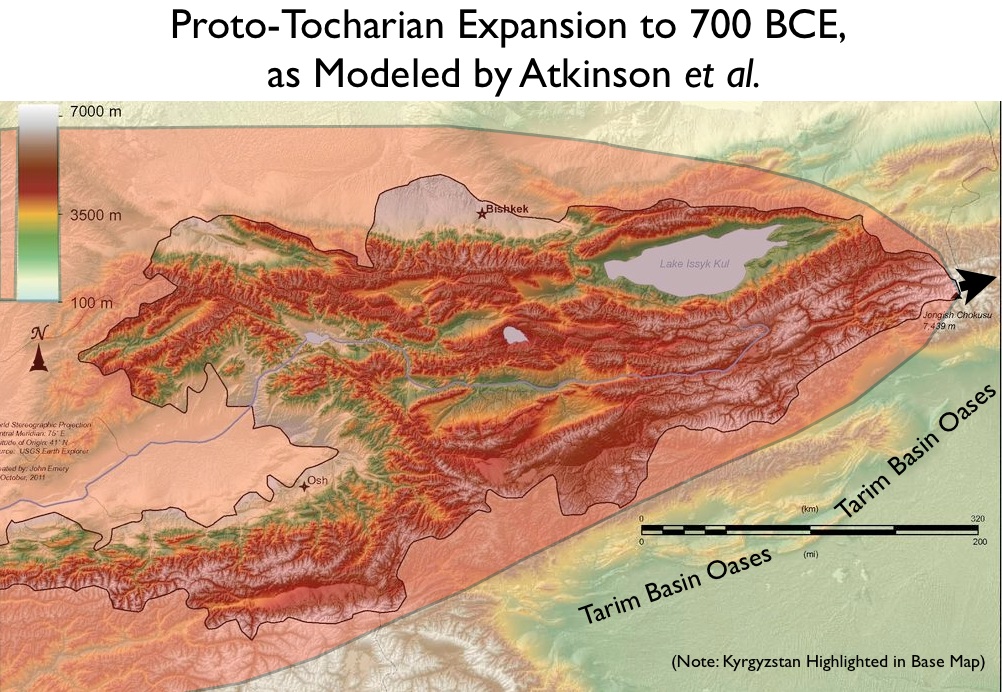 The website that accompanies “Mapping the Origins and Expansion of the Indo-European Language Family” (August 24 Science), maintained by co-author Quentin D. Atkinson, proudly features several maps that allow the easy visualization of the patterns generated by the model. One is a conventional map that purports to show “language expansion in time and space,” depicting and dating the spread of Indo-European languages through a red-to-blue color scheme. The other cartographic product is a sequence of numerous map-frames that ostensibly shows Indo-European (I-E) expansion from the seventh millennium BCE to 1974 CE. This Google-Earth-based animated map, or “movie,” as Atkinson calls… – Read More