Border Delineation and Geopolitical Wrangling between India and Bangladesh 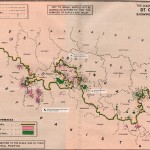 Progress on the India-Bangladesh border barrier has been slower than expected, due in part to difficulties in determining precisely where the border runs. Such problems might seem surprising. In the standard model of geopolitics, international borders are clearly delineated, one-dimensional lines that absolutely separate sovereign states. In practice, however, borders are often contested and sometimes 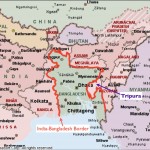 The May 21-27 issue of The Economist describes the line separating India from Pakistan as “the world’s most dangerous border,” an assessment difficult to deny. But India’s 4023-kilometer (2,500-mile) border with Bangladesh is perilous as well. The Indo-Bangladeshi boundary is in some respects more barricaded than that between India and Pakistan. Half of the