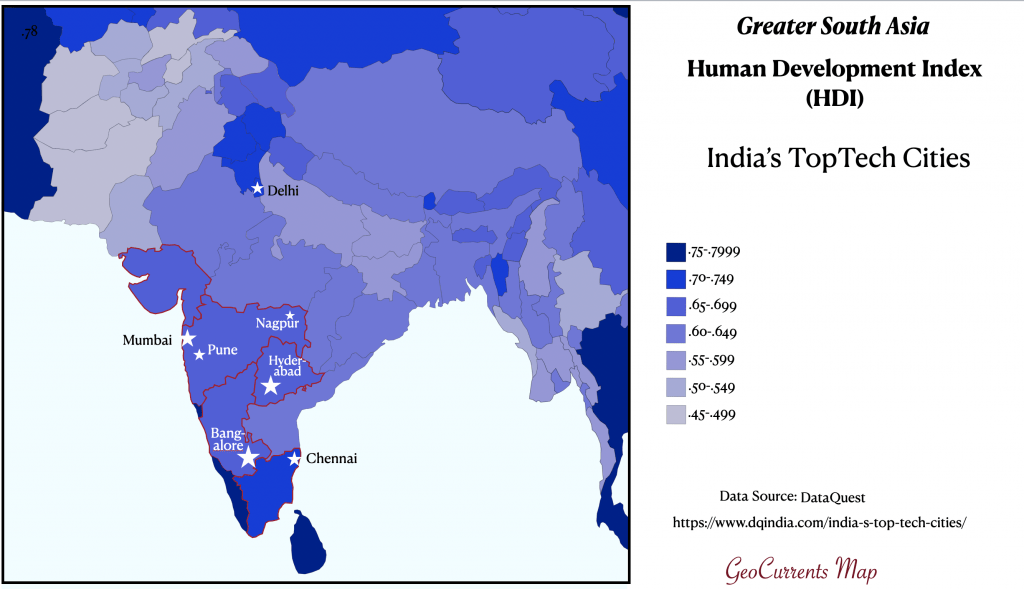 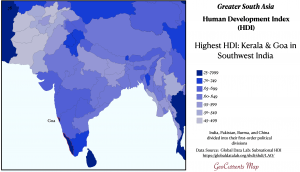 For decades, the region’s highest human development levels have been found in the far south and southwest, specifically in the Indian states of Kerala and Goa and in Sri Lanka. All invested heavily in health and education, reaping substantial rewards. For decades, Kerala was well ahead of the rest of India, especially in female literacy. This patterns partly reflects… – Read More

The Human Development Index (HDI) is the most widely used method of assessing the overall level of human wellbeing across the planet. Today’s post examines HDI rankings in the demic and state-based frameworks. As is the case in regard to GDP measurements, the demic map portrays broad regional patterns of development relatively well, while missing – Read More