Haiti sits between two massive seismic plates, the Gonave Plate, part of the larger North American Plate, and the Caribbean Plate to the south. The capital, Port Au Prince lies less than 20 km from the Enriquillio-Plaintain Garden Fault (EPGFZ), the a convergence point between the two plates.

This fault is a ‘strike slip fault,’ where there is a deep vertical fracture between the two paltes, and friction is accrued horizontally. The Haiti quake, was caused by the pressures from the eastward motion of the Caribbean plate, which moves as shown in the model below from Purdue University Seismologist Eric Calais. 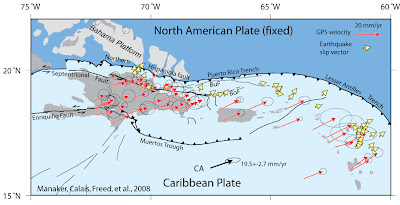 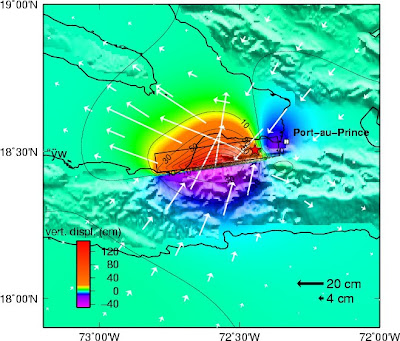 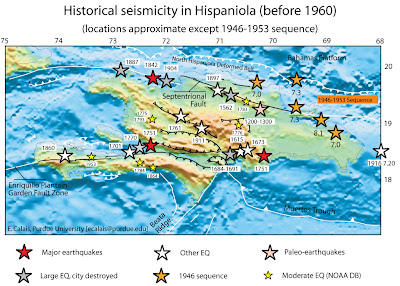 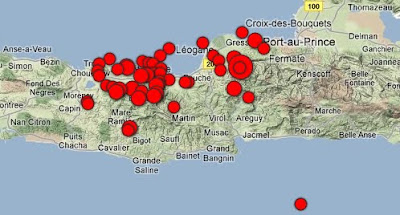