The pedagogical consensus seems to be that world geography is unworthy of focused instruction. All that most students learn is that the globe is divided into fundamental units called either countries or nation-states, few of which have much significance. Beyond that, geographical knowledge is considered worthwhile mostly for game shows or trivia nights at local pubs. – Read More 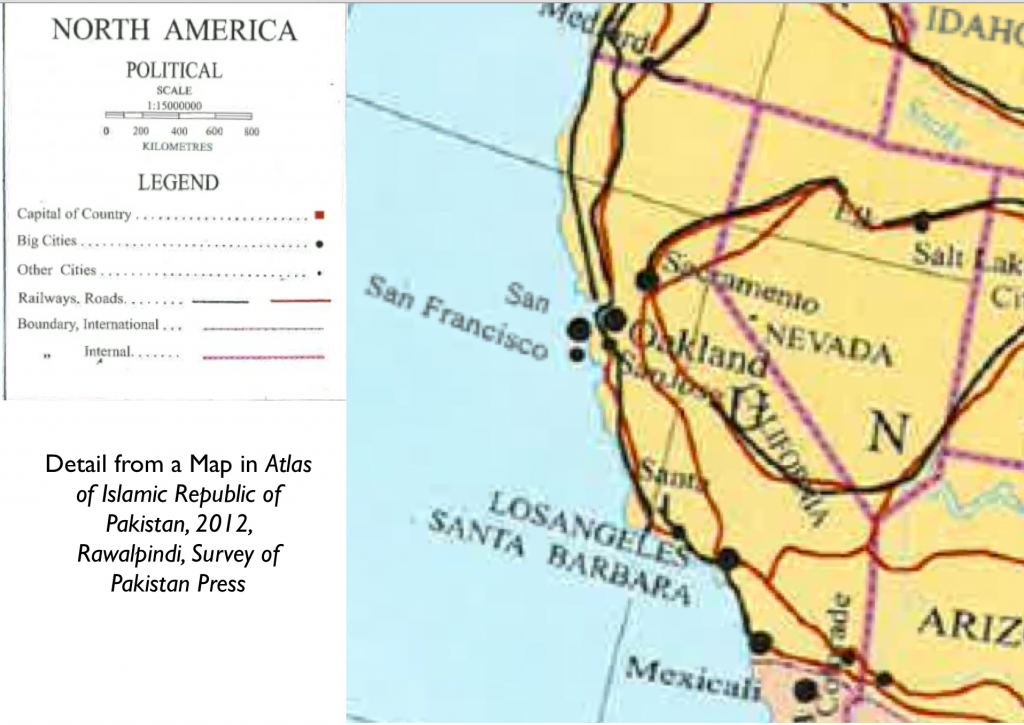 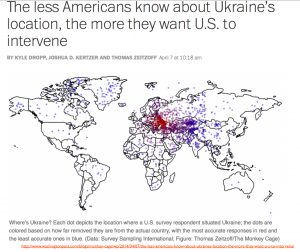 GeoCurrents has long been concerned with geographical illiteracy. The depth of ignorance continues to be revealed, most recently in a Washington Post piece that indicates that only 16 percent of Americans can locate Ukraine on a world map. Most distressingly, a significant number of respondents placed Ukraine in central Greenland. Other reports indicate that geographical ignorance is widespread even at the highest levels of political leadership in the United States. Both president Barack Obama and former president George W. Bush have made a number of particularly… – Read More 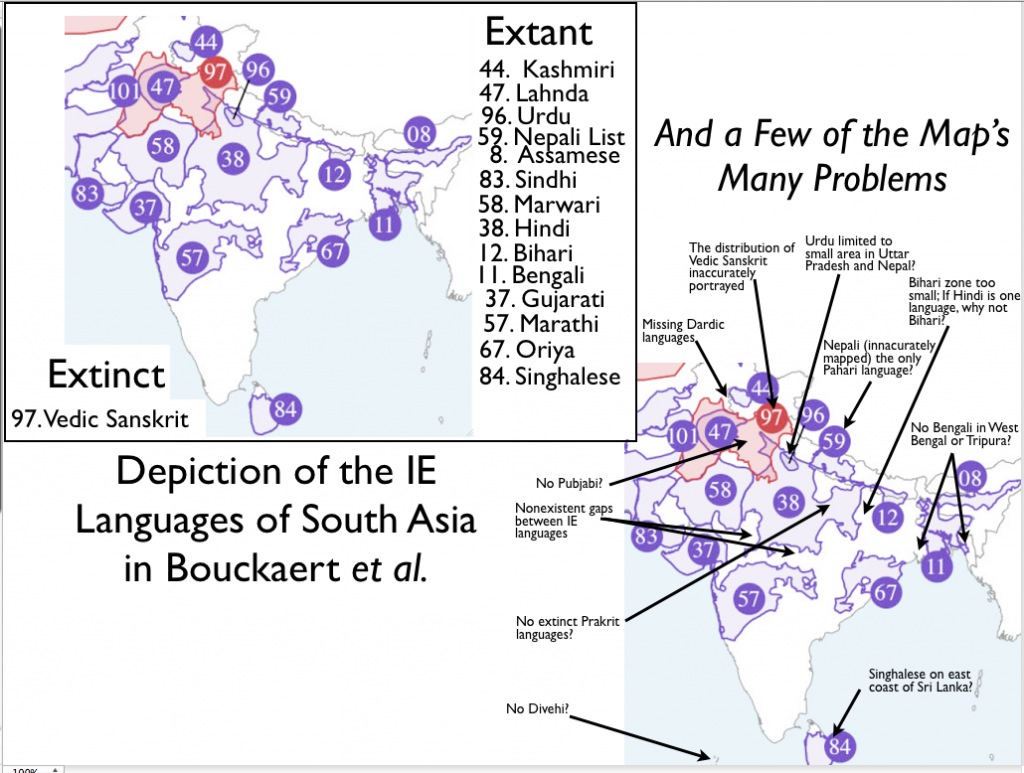 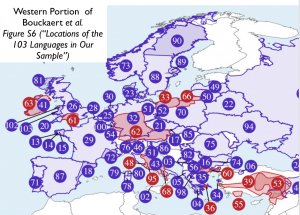 As our criticisms of Bouckaert et al. have been extremely harsh, we must justify them in some detail. I have accused the authors of erring “at every turn,” a charge that reeks of hyperbole. But even if that claim is exaggerated, it is still not too far from the mark. To demonstrate the extraordinary density of error in the Science article, the next few posts will dissect the authors’ base map of Indo-European languages (Figure S6 in their Supplementary Materials). This map, depicting the distribution of both… – Read More 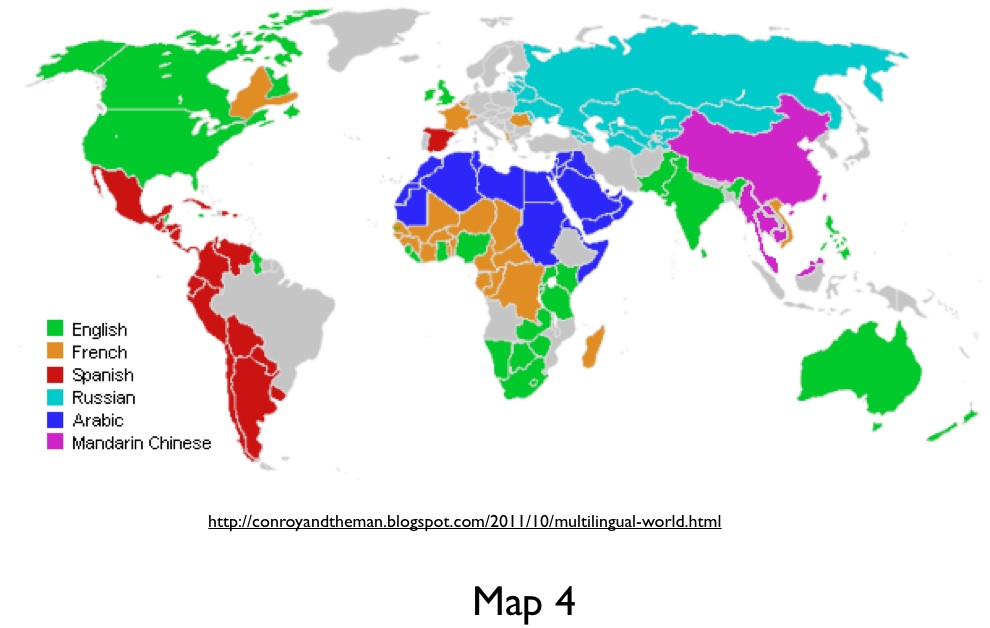 Although the internet allows easy access to manifold cartographic treasures, it provides even more rapid access to misleading, poorly constructed, and laughably inaccurate maps. Consider, for example, language maps at the global scale. A simple Google image search of “world language map” yields over 600 million results, although only the top hits, and by no means all of them, actually show linguistic maps of the world. Those that do can in general be divided into two categories: maps that depict language families, and maps focused on the most widely spoken individual languages. Today’s post considers the latter category, analyzing Google’s eight most highly ranked “world language maps” that portray the distribution of specific languages – Read More

Last week’s (Sept. 24, 2011) issue of The Economist magazine featured a special report on the world economy, the central thesis of which is that the globe is currently undergoing a “great convergence in living standards,” pushed forward as “poorer countries speedily adopt the technology, know-how, and policies that made the West rich” (page 3) – Read More

Most measurements of development rely heavily on per capita economic output. While the U.N.’s Human Development Index (HDI) considers education and longevity as well, Gross National Income remains an essential component. The use of such economic data as a proxy for overall development is controversial. Some find it unduly materialistic, focusing on the raw production – Read More