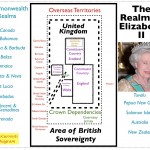 While contemplating Seth Jackson’s post on the lands of the British Crown, it occurred to me that a map-like diagram would be helpful for visualizing the geopolitical complexity that he described. I have posted here an attempt to do so. Feedback is welcome.
I have put a heavy black line around the “area of British sovereignty” to stress that this is … 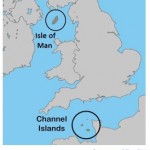