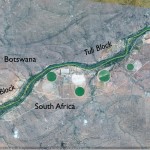 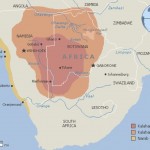 Botswana is often lauded as sub-Saharan Africa’s greatest success, noted for its well-run government, low levels of corruption, and high levels of human well-being. Rather than enriching a narrow elite, its rich deposits of diamonds have underwritten broad-based national development. Botswana is also known for its spectacular wildlife and dedication to conservation, with eighteen percent