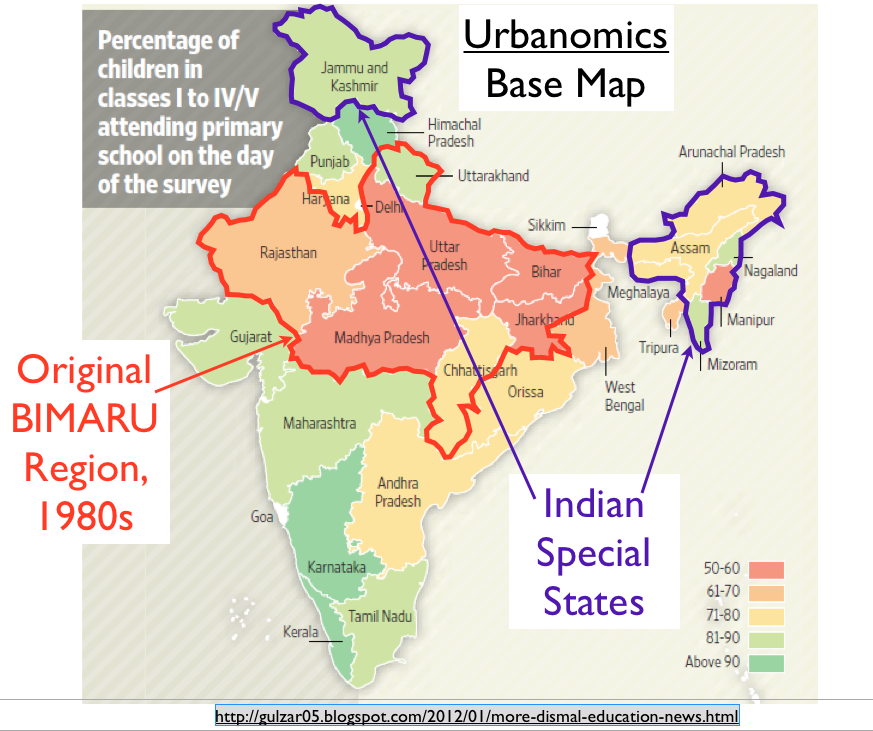 The Indian state of Bihar has long been noted for its poverty, corruption, and lack of social progress, ranking last in most Indian developmental indicators. But Bihar now has one of India’s fastest growing economies, and its levels of corruption have recently plummeted. Less pronounced gains have also been made over much of northern India. As a result, the impoverished BIMARU region (BIhar, MAdhya Pradesh, Rajasthan, and Uttar Pradesh) is now considered to be defunct – Read More