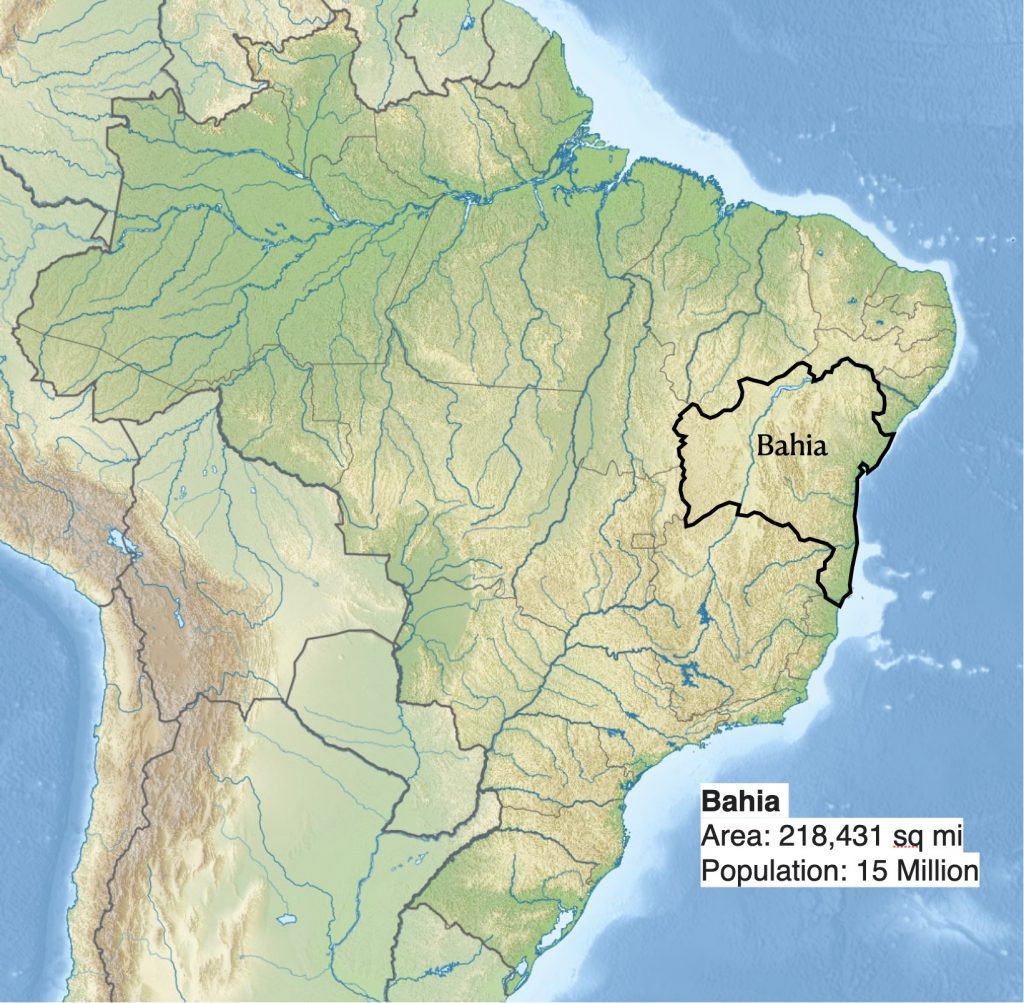 Northeast Brazil has the highest percentage of people with African ancestry in the country. But due to the way that race is classified in Brazil (see the previous post), most of the region’s inhabitants are classified as Pardo, “brown,” or of mixed race. According to official statistics, the northeast’s Black population is relatively small and is significantly outnumbered by its white population (see the second map below). Of Brazil’s northeastern states, Bahia has the highest percentage of Blacks and the lowest percentage whites. Most enslaved Africans brought to Brazil arrived in Bahia, and as a result the state… – Read More