The “Seduced by the Map” Project

Ever since GeoCurrents was suspended in 2016 I have been working on a book project tentatively entitled Seduced by the Map: How the Nation State Model Prevents Us from Thinking Clearly About the World. This has been a valuable and enjoyable project, but the topic is so vast that the project has gotten out of hand, covering too much material and becoming somewhat unfocused. As a result, I am reconsidering publication options. I am no longer sure that I want to publish this material as a conventional book. I would prefer that the entire manuscript be made available for free in digital form, which is not possible in either commercial or academic publishing. As a result, I am considering posting the manuscript sequentially on this website over the next few months. 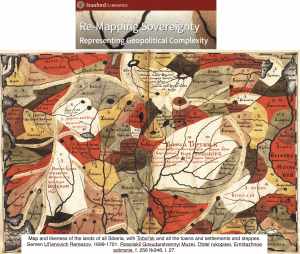 Whatever I decide for the manuscript as a whole, several chapters will definitely be published on this site. This material examines language and religion as a basis of national identity – a far more complex and controversial topic than it might seem. In Winter Quarter of this year, I taught a Stanford Continuing Studies class on the Seduced by the Map project, but the term ended before I reached the sections on language and religion. I will therefore be giving additional lectures on this topic for those people who had enrolled in the original class. I plan to record these lectures and put the recordings on this website after they have been edited. I will also post the same material in textual form, including the accompanying maps and other illustrations. The first of such post will be added tomorrow or perhaps the day after.

One part of the larger Seduced by the Map project will be published in conventional form by an academic press. This is a collection of essays written by leading scholars on the related theme of “remapping sovereignty.” These essays were delivered orally in a small conference held in May 2022 in Stanford’s David Rumsey Map Center; the conference program can be found here: Re-Mapping Sovereignty, public program, final. These presentations are all available on-line at the Rumsey Center’s YouTube channel, which can be found here. Some of these presentations are more accessible than others, but all are interesting and informative. My talk was the last one given. The essays will be edited by my wife, Kären Wigen, and will be published, if all goes according to plan, by the end of next year.