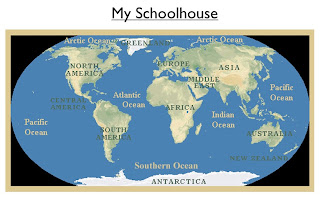 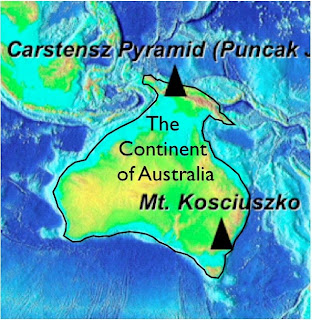 Basic geographical education in the United States remains, in a word, pathetic. As students are required to learn virtually nothing about the world, we should not be surprised that few young Americans have any idea where Iraq or Afghanistan are located. And the one locational lesson in global geography that young students are required to master, that of the “seven continents,” is, in a word, nonsense. The absurdity of the continental framework is readily apparent in a lesson plan found on the My Schoolhouse website, a prominent educational resource. The page begins by informing students that, “the seven continents are North America, South America, Europe, Asia, Africa, Australia, and Antarctica.” But the map placed immediately below this assertion (see above) portrays Central America, the Middle East, and Greenland exactly as they do North America, Africa, and the other supposed continents. True irrationality comes with a question listed below the map: “What continent appears to be part of Asia?” But “Europe” and “Asia,” along with “Middle East,” appear on this map merely as labels attached to different areas of a single landmass. As such, students could just as easily deduce that “Asia appears to be part of Europe.”

Nonsense about the supposed continents extends well beyond elementary education. My favorite absurdity comes with the mountaineering quest to bag the “seven summits,” defined as the highest peaks on each of the world’s continents. The list includes some formidable peaks – but it also takes in Australia’s Mount Kosciuszko, a gentle rise that one could surmount on a bicycle, if only authorities would allow it. To be sure, Reinhold Messner proposed dropping Kosciuszko in favor of New Guinea’s Puncak Jaya, which is indeed a difficult climb. By any reasonable standard, Messner was absolutely correct: New Guinea is part of the same piece of continental crust as Australia (see map), and is thus by continental criteria as much part of Australia as Japan is part of Asia. But despite Messner’s fame – and demands of reason – Kosciuszko remains standard.

So what is the actual continental architecture of the world? That issue will be addressed in tomorrow’s post.