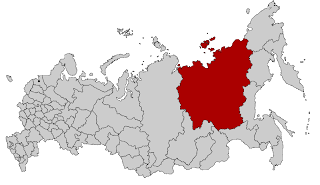 The attention of the global media usually remains focused on a limited portion of the earth’s surface. Wealthy countries and regions are covered in depth, as are places considered threatening to the developed world, but most parts of the earth are more often ignored.

Consider, for example, Sakha (Yakutia), a vast internal Russian republic spanning three time zones that is roughly the size of India. Sakha has the interesting distinction of being the world’s largest “statoid” (statoids being the highest-order territorial subdivisions of sovereign states [see http://www.statoids.com/]). Sakha is rather lightly populated, but it has more inhabitants than 42 internationally recognized countries. Considering as well its sizable mineral deposits, Sakha is a significant place.

The few news reports from Sakha that reach the global media usually focus on diamond mining. On January 7, 2010, however, the BBC devoted much of a story to simply recounting living conditions in the republic (http://news.bbc.co.uk/2/hi/europe/8445831.stm). This unusual article was prompted by bitterly cold conditions in Europe, leading reporters to ask what life is like in truly cold places. In Sakha’s capital of Yakutsk, a city of 210,000 people, the average January high temperature is -36 degrees Celsius (-33 F): farther north, much colder conditions are encountered. Compared to Sakha, central Alaska has a balmy winter climate.

Sakha’s population of almost one million is roughly split between Russians and the indigenous Sakha (or Yakut) nationality, although other indigenous ethnic groups are also present. The Sakha are a Turkic people who were largely converted from their original shamanism to Russian Orthodoxy in the 1800s. Their traditional way of life was based was based mostly on raising cattle and horses-–quite a challenge, considering the climate of their homeland. Unlike most of the indigenous peoples of Siberia, the Sakha have relatively high rates of education and have adapted reasonably well to the challenges of modern life. Some authors have suggested that they benefited from an influx of intellectuals when previous Russian regimes exiled political dissidents to their villages. From the dissidents’ point of view, being sentenced to Yakutia was considered especially onerous, due to both the climate and the local dietary staple: “milk tar,” a frozen mash of fish, berries, bones, and the inner bark of pine trees conveniently dissolved in sour milk.