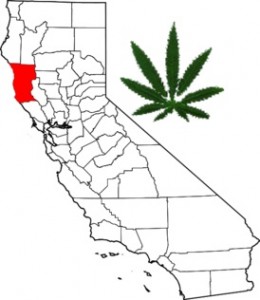 Although the hippie movement of the late 1960s and early 1970s may seem like a historical curiosity, its consequences were profound. It continues, moreover, to be a contentious topic, often used to score points in political debates. The New Republic, for example, is currently running a slideshow entitled “The Weekly Standard’s Obsession with Hippies Continues,” which pillories the conservative magazine for conflating hippies with Democrats. But as one savvy commentator pointed out, the images used do not necessarily reflected hippiedom: “Whoa, whoa there — hipsters and hippies are totally, completely different! You guys need to get your categories straight!” Hipsters, unlike hippies, are closely identified with contemporary urban culture.

As the previous GeoCurrents post mentioned, a “hippie migration” of the early 1970s resulted in a partial relocation of the subculture from San Francisco and environs to California’s north coast. The larger movement took members of the 1960s counter-culture to a number of rural areas, both in northern California and elsewhere. One of its most famous outposts was “The Farm,” near Summertown, Tennessee, founded in 1971, according to the Wikipedia, “by Stephen Gaskin and 320 San Francisco hippies.” The Farm is still a going concern, although its population has dwindled from some 1,600 at its height to around 175 today. Most hippie communes and intentional communities from the counter-cultural heyday vanished altogether, as eco-romantic dreams were seldom matched by rural realities. 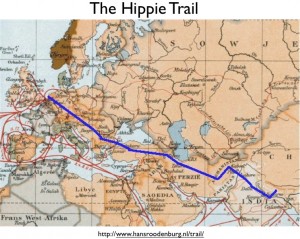 In California’s north coast, however, hippie culture was able to put down roots. Key to its survival was the creation a viable economic niche: the cultivation of premium marijuana. In the early 1970s, the low end of the California cannabis market was dominated by goods from northern Mexico, especially Sinaloa, while more potent products came from southern Mexico (Michoacán especially, which became “Meshmican” in stoner lingo), Panama, Colombia, and Thailand. By the mid-1970s, north-coast hippies learned how to produce something much stronger still, which was first known as “sinsemilla,” from the Spanish “without seeds.” Key to the process was eliminating all male plants and allowing the female buds to become engorged and highly resinous. Before that could be done, however, geographically correct strains had to be obtained. One could not simply plant seeds from market varieties, as they were adapted to tropical conditions. As Jared Diamond emphasizes in Guns, Germs, and Steel, latitude is crucial for day-length adapted crops, which move much more easily in an east/west direction than along a north/south axis. Crucial to the northern California industry were temperate cannabis cultivars, brought back from Central Asia by adventurers straying off the “Hippie trail” (northernmost Afghanistan has the same latitude as Mendocino County).

The hippie migrants to Mendocino faced rough conditions in the early years. Local residents were often unwelcoming or even hostile, as were law enforcement officers. Aging hippies today tell stories of their handmade, un-permitted houses being torn down by county officials, as well as of stints in the county jail for cultivation. Acquiring land was a major hurdle; many pooled resources with friends in the Bay Area to buy plots of cutover forestland, resulting in complex land-partnership agreements, and more than a few fallings-out. As roads were often unimproved, many had to walk to their homesteads for several miles over mucky tracks during the long rainy season. Land parcels were usually off the electricity grid, requiring a Spartan life-style, elaborate adaptations, or dirty diesel generators. Some used water to generate power by way of Pelton wheels, seldom an easy arrangement. As one pioneer described the drawbacks: “In a January rainstorm your power would go out and next thing you know you’d be waste-deep in a frigid, raging torrent, sparks flying everywhere, desperately trying to get your system back on line.”

As the years went on, the living got easier. All-weather gravel roads were pushed deeper into the woods, power-lines went up, and solar cells became available. Intriguingly, not all hippies took to the solar revolution; as one once told me, “never get a photovoltaic array unless you are already connected to the grid and can sell power back to PG&E [Pacific Gas and Electric]; otherwise you generate a useless surplus when the sun shines and then you have to store it for nights and rainy days with evil batteries.”

Most importantly, Mendocino County came to accommodate the newcomers, just as the migrants discovered that they had a lot to learn from the established residents. Accommodation was facilitated over time by the generational shift. As the children of the hippies grew up with those of the previously established families, cultures merged in a seemingly oxymoronic “hippie-redneck” synthesis. The offspring of local ranching and logging families now often grow marijuana, while plenty of hippies and their adult children have no problems with guns, bulldozers, and off-road vehicles. The merger is by no means complete and tensions persist, but overall the mood is relaxed and relatively harmonious. The local Hispanic population generally fits easily into the mix; Mexican immigrants came initially to labor in the vineyards and wineries, but many also work for aging growers and quite a few cultivate their own small plots as well.

Marijuana cultivation, especially in the early years, was not as easy as it might seem. Plantings had to be widely scattered in partial shade to avoid detection. Pests and diseases, especially spider mites and downy mildew, still take their toll, and an early autumn rainstorm can spell disaster (such problems are amusingly recounted at length in T. C. Boyles’ Budding Prospects

). Labor demands during harvest season, moreover, restrict crop size. But prices were high in the early years, and if few growers became rich, many made a comfortable living.  More than a few maintained a migratory existence, sojourning in Mexico or Costa Rica during the rainy season and returning to Mendocino in the spring. Many others, however, merely grew a few plants to supplement incomes earned in the formal sector. I have taught several students from backwoods Mendocino backgrounds at Stanford University, and when asked what their parents do for a living, the response is generally on the lines of, “my mother is a teacher/nurse/county employee, and my father, well, he, um, well, he …”

In this milieu of artisanal production, large-scale growers are not appreciated. I once attended a road-association meeting in which one member informed the assembly that he had been contracted by an Oakland medical marijuana co-op to grow over 1,000 plants; the news was most unwelcome, and his neighbors were relieved when his operation was taken down several months later. By early 2000s, many growers had actually come to appreciate CAMP, the “Campaign Against Marijuana Planting,” a multi-agency law enforcement task force, as it had come to focus on large-scale growers. Such cultivators, often connected with Mexican organized crime syndicates, operate mostly in public lands in the eastern half of the county. Their operations are often violent and environmentally destructive, and they threaten the reputation of the business. Whether they drive down prices is an open question, as they typically produce for a lower market-segment, growing the wrong strains, harvesting too early, and curing their buds improperly. Wine snobs have nothing over pot snobs these days, and extraordinary care is taken by serious growers in both pre- and post-harvest procedures.

Regardless of the activities of the big operations, prices have come down. Growers complain that they make less per unit than they did in 1980. Most attribute the relative price drop to the expanded number of small-scale cultivators, and especially to the spread of indoor cultivation in suburban and urban parts of the state. In response, they have taken to growing much larger plants, cultivating them in the full sun, and providing full-spectrum fertilizers. Organic cultivation exists, but the practice is rare, as authentication is impossible and the price premium is small. The real money in the business, I am convinced, is in fully licit growers’ supply stores. 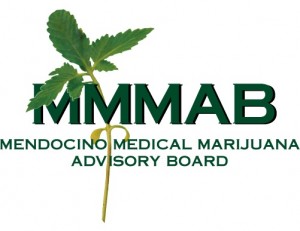 After the passage of the California Medical Marijuana Act of 1996, the business gradually gained a quasi-legal status as far as the county and the state were concerned, as long as the scale of operation remained small, generally below 25 plants. When the county government decided to license the cultivation of up to 99 plants in early 2011, some saw an opportunity for serious money. Dreams were hatched of developing tourist-oriented “tasting rooms,” following the local wine industry. The U.S. federal raids of October 2011, however, demolished such plans, throwing everything into doubt. It is unclear what will happen, but it is all but certain that Mendocino County will continue to produce high-quality cannabis, and most of its residents will continue to be rather proud of that fact.