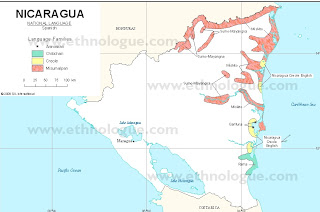 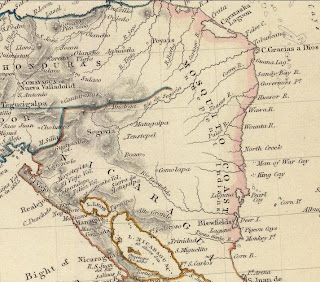 On February 17, 2010, Nicaragua’s La Prensa reported that a local council of elders had asked the people of Nicaragua’s coastal region not to participate in upcoming regional elections. The elders, representing the Miskito Indians, urged noncompliance for a simple reason: they no longer recognize the authority of the government of Nicaragua. In August 2009, community leaders announced the independence of the “Communitarian Nation of Moskitia,” declaring that henceforth they themselves formed “el único Gobierno que debe ser reconocido” (“the only government that should be recognized”). Loose plans for secession had been in place since 2001, when 280 indigenous communities pledged solidarity in seeking peaceful separation from Nicaragua. In 2008 and 2009, disputes with the government, especially over the spiny lobster fishery, intensified, leading to the declaration of independence. Nicaragua has not formally responded – nor has any other country, to my knowledge. The actual “independence” of the region remains largely imaginary.

The word “Miskito” has nothing to do with biting flies, but that hasn’t stopped eastern Nicaragua from being called the Mosquito Coast. The Miskitos, some 150,000 to 200,000 strong, share the region with several other indigenous groups, as well as English-speaking Afro-Nicaraguans and some Spanish-speaking mestizos. In general, the east is culturally opposed to the rest of the country: Creole English and indigenous languages are more widely spoken than Spanish, and Protestantism (with strong indigenous and African elements) is more widespread than Catholicism. Moskitia’s would-be leaders claim that their new country will be ethnically inclusive, but its political structures are to be based on Misktito traditions. Hector Williams, head of the movement, goes by the indigenous title of Wihta Tara, or Great Judge.

The Miskitos formed a kind of state as far back as the 1700s, reportedly ruled by a king in consultation with governors, commanding a well-organized military force. Allied with the British in the Caribbean, they fought the Spanish colonial realm, retaining the autonomy of their homeland. After the independence of the Spanish colonies in the early 1800s, Britain maintained a loose and unofficial protectorate over the region. As shown in the above 1842 map (published by Chapman and Hall, from the David Rumsey collection), the area was often mapped as an independent Indian realm, an unusual cartographic category at that time. The British withdrew in the late 1800s, and in 1894 the so-called Mosquito Coast was annexed by Nicaragua. A remote region, it remained largely left to itself until the late mid-1900s.

The position of Nicaragua’s Atlantic coastal region changed dramatically in 1979, when the country’s new Marxist Sandinista government sought to tap its resources and integrate it with the rest of the country. Sandinista leaders also objected to the use of English along the Mosquito Coast, which they viewed as a legacy of British imperialism. Miskito leaders refused to comply with their demands. They quickly formed militias, which joined forces with the so-called contras (“counter-revolutionaries) struggling against the government.

Stability returned to the Caribbean coast in 1990 when Sandinista leader Daniel Ortega was democratically replaced by his former ally, Violeta Chamorra. In 2007, a reformed Daniel Ortega returned to power through the ballot box. Ortega may now be a culturally conservative Catholic, but economically and geopolitically he remains a leftist, and he has joined Hugo Chavez’s “Bolivarian Alternative of the Americas.” Ortega’s return to power was one of the main reasons Miskito elders declared independence.