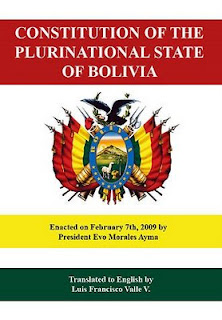 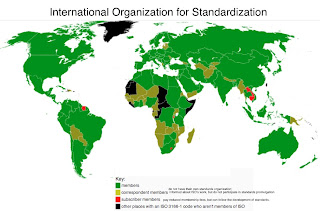 This final posting on regionalism in Spain steps back to reexamine the concept of the nation-state. Spain constitutionally defines itself as a nation-state, insisting that all its citizens belong to the Spanish nation. But as we have seen, many are adamant that Spain is a country of multiple nations. Some sub-Spanish nationalists retain the nation-state ideal, arguing that the independence of Catalonia and the Basque Country is necessary for the creation of genuinely national states. Less extreme partisans reject nation-state status, arguing that Spain should declare itself a plurinational state: one country, in other words, divided into several nations.

The debate sometimes seems unduly semantic. Proponents of plurinationalism point to Switzerland, a country where several nations—speaking four languages—easily coexist in a confederation based on local autonomy. Opponents retort that Switzerland is very much a nation-state, as the vast majority of its citizens are happy to identify themselves as Swiss at the national level. In truly plurinational countries, by this way of thinking, most people place local affinity above loyalty to the state, thereby undermining it. Belgium, perennially near the edge of collapse, is their favored example.

Semantics actually matter here. People care a great deal about how they are classified, whether by themselves, their government, or foreign observers. Visitors are advised to choose their labels carefully; those in Barcelona who refer to their hosts as Spaniards are likely to get a chilly reception. More importantly, classification sometimes takes on real political significance. Bolivia, for example, has officially opted out of nation-statehood, declaring itself the Plurinational State of Bolivia (Estado Plurinacional de Bolivia). This change was accepted by the international community, with the gate-keeping 165-country International Organization for Standardization noting the new name on May 8, 2009 and correspondingly assigning Bolivia a new country identification code (ISO 3166-1 code). According to Bolivia’s revised constitution, Bolivians of indigenous background belong to different nations from those of European or mestizo descent. As one Bolivian website frames the issue, “The nation-state political project failed in Bolivia because there was no Bolivian nation that could sustain it and the first nations were excluded, without a state.”

Unfortunately for Bolivia, such distinctions are lost on most foreign observers. The idea of the nation-state has become so powerful that it has blurred the distinctions between its component elements, impeding understanding and communication. Certainly most people in the United States consider all countries to be nation-states. In common parlance, “nation-state” is actually a redundancy, as “nation” has devolved into a mere synonym for country or sovereign state. This slippage is neither new nor specifically American; it is encoded in the very name of the world’s premiere global organization, the United Nations, as well as that of its predecessor, the League of Nations. But with Bolivia going out of its way to declare its non-nation-statehood, more precise terminology becomes necessary. Referring to contemporary Bolivia as a nation or a nation-state is simply wrong; that is exactly what the Bolivian government has proclaimed itself not to be.

In the idealized world of nation-states, each nation – defined as a group of people with a common political identity – controls its own self-governing state, and every sovereign state extends uniformly across an unambiguous territory. The nation-state concept is thus three-fold, merging identity (the nation), politics (the sovereign state), and geography (the country). But in practice it is seldom realized. As we have seen in dozens of cases, countries, states, and nations often fail to coincide, defying all the norms of geopolitics. (If memory serves, the geographer Marvin Mikesell once quipped that the world’s only perfect nation-state is Iceland.)

According to the once-conventional potted history, the nation-state can be traced back to the early modern era, when the kingdoms of England, France, Spain, and Portugal, along with the Republic of the Netherlands, gradually crystallized as territorially distinct national states. In the wake of the French Revolution and Napoleon’s failed effort to unify Europe, the ideals of nationalism coalesced and spread eastward among peoples who were divided or subdued politically yet united by language or race (as it was framed at the time). Subsequent national awakenings led to the unification of Germany and Italy in the 1870s and contributed to the break-up of the multi-national Austro-Hungarian, Ottoman, and Russian empires in the early 1900s. With the end of European colonization in the mid-twentieth century, the idea of the nation-state spread around the world, with former colonies supposedly reconstituting themselves as nationally based sovereign states.

But even in its supposed European heartland, the nation-state model is more troubled than we might expect. State-level nationalism has been compromised by the rise of both supranational affiliation (at the level of the EU) and sub-state loyalties—and not just in Catalonia, the Basque Country, and Scotland. Large parts of Southeastern Europe, too, suffered paroxysms of violence through the 1990s as unsatisfied nationalists fought to remake political geography. Especially where national identity is assumed to be based on ancient bonds of kinship, language, or culture, locally distinctive groups are often eager to proclaim their own nationhood.

Few of the new countries to emerge out of the European colonial realm after WWII had strong national foundations, and many had none at all. These states were therefore left to construct their nations, largely by teaching their people that they belonged to a single nationality and had an equal stake in national citizenship. On the surface, such efforts were usually rather successful. Those who received national educations usually thought in national terms. People schooled in Chad, for example, generally report on surveys that they think of themselves as Chadian. As a result, outside observes declare Chad a nation-state. In actuality, merely reporting such inculcated sentiments does not mean that they have real significance, much less that they outweigh claims of ethnic, clan, or village loyalty. In many instances, nationalism generated from above remains largely negative, based more on antipathy to people of other countries than on common bonds within the so-called nation. Pakistan, as we have seen, is an excellent example of such a country; Ivory Coast is another.

In the post-colonial world of the 1950s and ‘60s, it was simply expected that all new countries would build national identities and thus become nation-states. The dangers of that assumption are now clear. In early 2003, Iraq was widely viewed in the US foreign policy establishment as a well-developed nation-state: one in which Iraqis would readily band together to run a modern democracy if only their repressive rulers could be removed by force. Recent events have exposed that view as rank fantasy. Regarding nation-states as realities, rather than ideals, generated a make-believe model of the world.

The concept of nation-building has gone through transformations of its own. Originally referring to efforts to generate a sense of national belonging, nation-building came to denote the construction of effective governmental institutions: state-building, in essence. In the wreckage of Iraq and Afghanistan, the term is apparently being downgraded again, this time to focus more narrowly on physical infrastructure. In an August 31 op-ed piece in the New York Times, the usually incisive David Brooks declared nation-building in Iraq a relative success, noting that the country now has many more internet connections and telephones than it did under Saddam Hussein.

The nation-state ideal is attractive in part because it is so simple. Things would surely be easier if the world were actually divided into unambiguous units that were at once nations, sovereign states, and countries. Geocurrents is dedicated to the proposition that the world is a good deal more complex – and vastly more interesting.