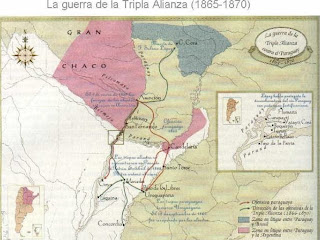 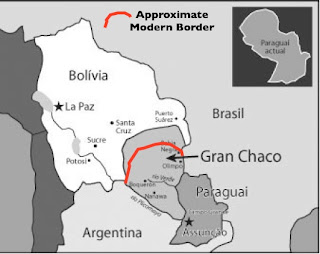 In 2009, Paraguay’s recently elected president Fernando Lugo found himself embroiled in sexual scandal. A former Roman Catholic bishop not released from his chastity vow until 2008, Lugo was accused by three women of fathering their children. In April, lawyers representing Viviana Carrillo announced that they would file a paternity suit; five days later the president accepted responsibility for her child. Accusations that Ms. Carrillo was sixteen when the relationship began did not help his reputation. Within eight days, two more women came forward. Lugo denied fatherhood in these cases, provoking a lawsuit from the second accuser. The third woman proclaimed the depth of the love affair that led to the birth of her son Juan Pablo, named in honor of the former pope (John Paul II).

The repercussions of the presidential paternity scandal were mixed. Lugo’s political opponents used it to impugn his credibility. As one newspaper column put it, “from now on, it’s legitimate that Paraguayans ask if when the president speaks he is telling the truth.” Lugo’s own response tempered partial admission and repentance with calm defiance. “I think that the most recent incidents,” he argued, “should call us and the Church to have a serene reflection over the value of celibacy.” Overall, the scandal does not seem to have damaged Lugo’s career. The average Paraguayan was evidently not outraged at the notion that a priest – indeed, a bishop – had probably fathered several children with several women.

Sexual scandals in Latin American do not resonate as deeply with the public as they do in many other parts of the world, such as the United States. Still, Paraguay’s equanimity in the face of such spectacular oath breaking seems exceptional. Attempts to explain the situation generally turn to historical factors, particularly the Jesuit reducciones (1610-1767) and the War of the Triple Alliance (1864-1870). For roughly 150 years, Paraguay was essentially a theocratic state, with Jesuit priests ruling the Guarani-speaking indigenous population. Needless to say, sexual relations between Spanish clerics and Guarani youths were not uncommon, helping turn Paraguay into a predominately mestizo nation. Then, in the devastating War of the Triple Alliance, Paraguay took on Uruguay, Argentina, and Brazil – hardly an even match. Some researchers think that Paraguay’s prewar population of over half a million had dropped by 1870 to around 150,000, of whom only some 28,000 were men. Certain regions supposedly had one man for every twenty woman. Informal polygamy, not surprisingly, came to be casually accepted as Paraguay struggled to repopulate its territory.

The election of Fernando Lugo had a more direct bearing on the historical legacy of another Paraguayan military struggle, the Chaco War of 1935-38. The Chaco War was an evenly matched struggle pitting Paraguay against Bolivia to see who would control the scrublands of the Gran Chaco. Bolivia, still smarting from the loss of its coastal provinces to Chile in 1884, wanted the lightly populated region, lured in part by the evidence of oil. The war was a shambolic and bloody affair, taking roughly 100,000 lives. Paraguay won, gaining clear control over most of the disputed territory. Ironically, the Paraguayan portion of the Chaco proved to have no appreciable hydrocarbon deposits, while substantial natural gas fields were found in the much smaller Bolivian sector.

In 1938, three years after the fighting stopped, the two belligerents signed a truce, establishing the present border. But the war had been devastating for both countries, and neither was ready for a final peace settlement. The election of fellow leftists, Evo Morales in Bolivia and Fernando Lugo in Paraguay, finally paved the way for a treaty ratifying the boundary. Morales and Lugo, seeking neighborly relations, agreed that the conflict had really been propelled by outside agitators. As the president of Bolivia put it, “The war between Paraguay and Bolivia was not provoked by its peoples, but rather pushed by transnational (companies) to control the natural resources.” Morales has a point, even if he does stretch it: during the Chaco War, Bolivia received support from Standard Oil, while Paraguay was backed by Shell Oil.