Argentina’s Claims to the Falkland Islands, and Much More 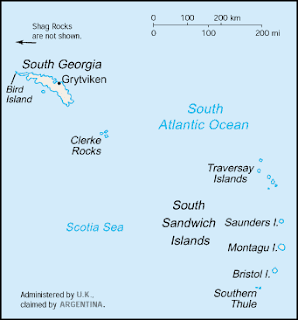 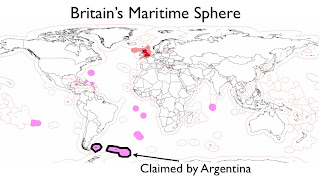 The Falkland Islands, known in Spanish as the Malvinas, are back in the news, as Argentina reasserts its claims while objecting to offshore oil exploration in the vicinity by British firms. In 1982 the Falklands made global headlines when Argentina unsuccessfully attempted to militarily wrest control of the archipelago from the United Kingdom. In the intervening years, Britain beefed up its military presence on the islands, granted full British citizenship to their residents, and endeavored to diversify the economy. The 3,000 or so Falkland Islanders, English-speaking settlers nicknamed “kelpers” after the local seaweed beds, now profit from the massive export of squid, mostly to Spain. If oil exploration pays off, significantly higher revenues could follow.

After losing the Falkland War, Argentina underwent a political transformation as its discredited military government yielded to civilian rule. Although it subsequently reestablished diplomatic recognition with Britain, Buenos Aires never dropped its claim to the islands, which it views as inalienable Argentine territory. War with the U.K. is not a current possibility, but Argentina does want to make continued British political control and economic exploitation as diplomatically uncomfortable as possible. On February 24, 2010, The Wall Street Journal noted that a summit of 32 Latin American and Caribbean countries had expressed “moral support” for the Argentine claim, while calling for high-level talks on the disputed sovereignty. The same summit also laid the foundation for a new regional organization, The Community of Latin American and Caribbean States, that could continue to pressure the United Kingdom over its disputed control of the archipelago.

Historically speaking, sovereignty over the Falklands is a complex matter. Since 1762, actual control has shifted between Britain, France, Spain, and Argentina – with a brief U.S. foray into the region in 1831. By 1834, Britain was in firm possession. Argentine nationalists, however, have never wavered in their demands. Often overlooked is the fact that these demands extend well beyond the Falklands/Malvinas themselves. Argentina also claims sovereignty over a number of other British-controlled sub-Antarctic islands, including South Georgia and the South Sandwich islands. While none of these islands is permanently inhabited, they do include non-trivial land areas as well as large swaths of sea-space. The potential resource base of the combined area is substantial, raising the stakes of the current conflict.