In preparing for a Stanford Continuing Studies Program (adult education) lecture last week on the 20th National Congress of the Chinese Communist Party, I watched a lot of YouTube videos on China and its future. As I discovered, a cottage industry has recently emerged based on predicting China’s imminent economic collapse. I am skeptical of all such views, both because I think that China is probably too resilient and powerful to experience anything like that, and because I am wary of all such projections. Those who think that current trends can yield accurate predictions about major geopolitical events are almost always proved wrong.

Many of the “China is doomed” YouTube videos are, however, superficially convincing. China does have some serious economic, demographic, and geopolitical problems, which effectively undermine the contrasting “China is destined to become the world’s greatest power” thesis. The most compelling pessimistic interpretations of China are perhaps those of Peter Zeihan, a well-known commentator on all things geopolitical and geo-economic. Zeihan is articulate, well informed, and remarkably confident. As a result, I recommend his presentations. But I do have problems not only with his interpretations but also with his illustration program. As is typical of this kind of videos, many of the clips used have almost nothing to do with the issues being discussed, and are instead employed for visual effect only.

Other problems are found in Zeihan’s maps, which are given little attention, considering the “geo” nature of his presentations.  Consider, for example, the map of China posted here and used in a video with the grandiose title “The Complete Breakdown of China Will Shock the Entire World” (with George Friedman). What Zeihan and Friedman have apparently done is to take a semi-transparent map of China and crudely overlay it on a satellite-based image of east-central Eurasia. As the world is projected differently in the China map and in the satellite image, the fit is extremely poor. As a result, much of Tibet is portrayed as if it were not part of China, whereas large areas of Mongolia, Kyrgyzstan, Kazakhstan, and other countries are depicted as parts of China. The large Chinese island of Hainan is also excluded from the country. These inaccuracies are easily seen by comparing Zeihan and Freidman’s depiction with a satellite image on which I have inscribed China’s borders and provided labels for several prominent geographical features (see below).

This may seem like a trivial matter, but all countries are concerned about how they are cartographically depicted. To China’s leaders, a map like this could be seen as a deliberate insult. Perhaps it is. But my main point is that geopolitical analysts would be wise to devote more effort to their mapping programs if they want to be taken seriously. 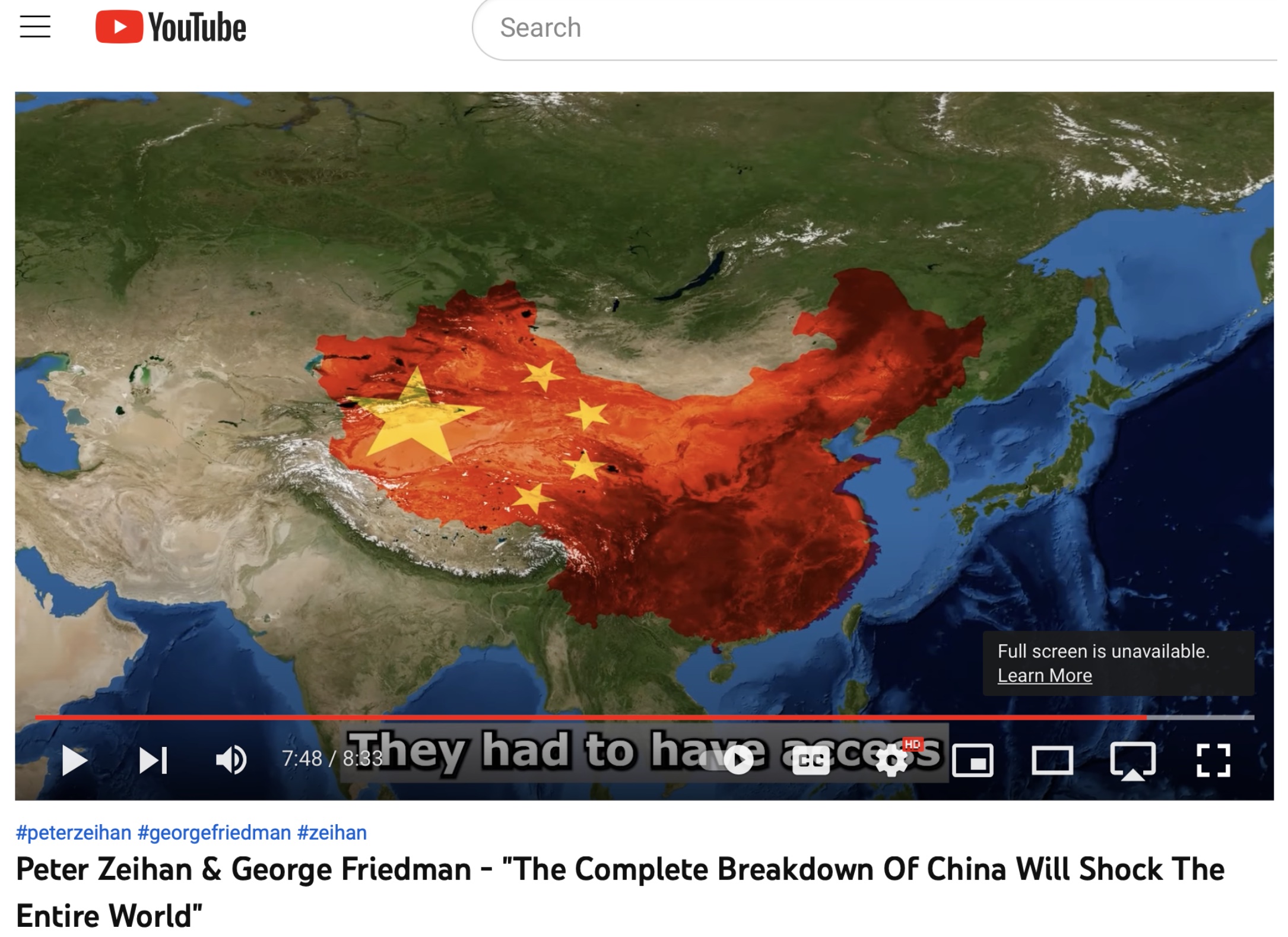 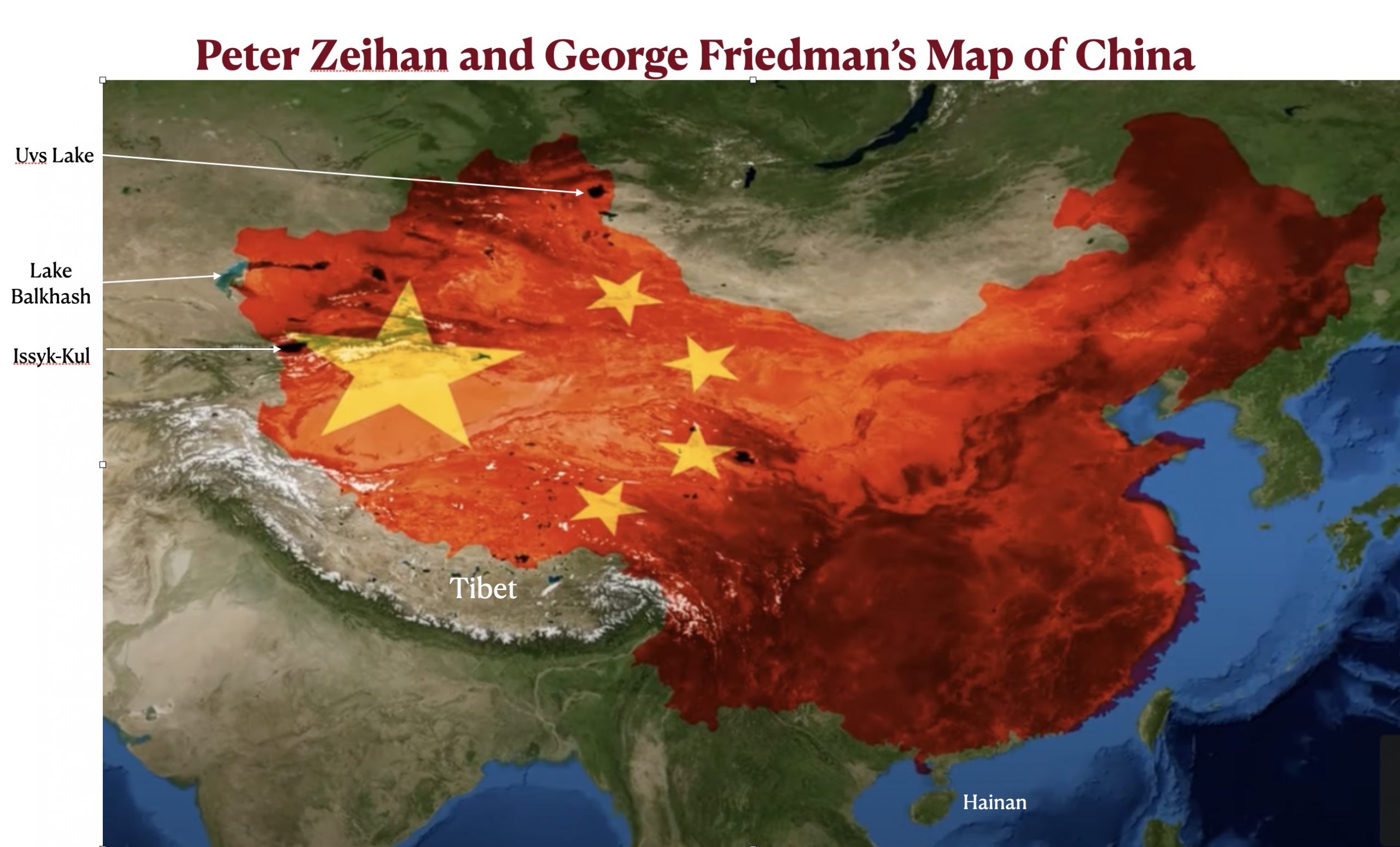 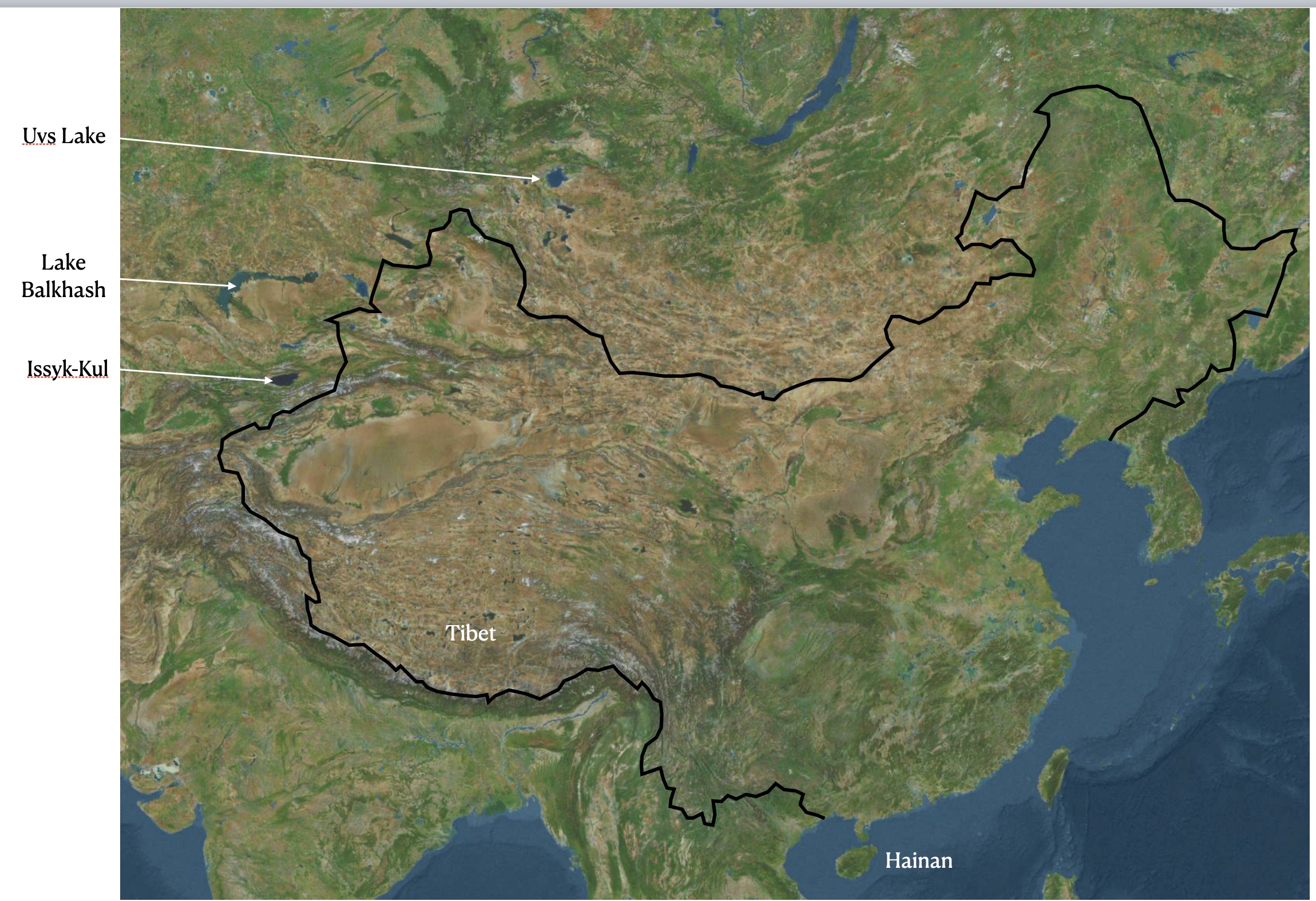