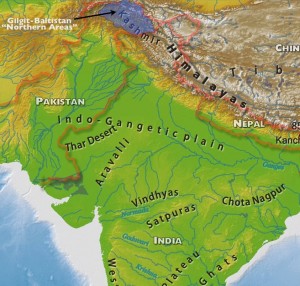 Until recently, remote Gilgit-Baltistan (formerly the Northern Areas) was regarded as the safest part of Pakistan, a place where foreign tourists could still travel. Peace came to an end earlier this year with violent Sunni-Shia sectarian clashes. Mounting tension led to the establishment of an “indefinite curfew” in the town of Gilgit on April 3, as well as the suspension of traffic on the Karakoram Highway that links the region to the rest of the country. As a result, 120 tourists were stranded in Gilgit, most of them from Japan. The government of Pakistan responded by airlifting the travelers to safety last week, using a rugged C-130 aircraft, designed to land on unprepared runways.

On April 9, officials relaxed the curfew in Gilgit between the hours of 2:00 pm and 5:00 pm, stating that “people would not be allowed to wear jackets or chadar during this time period” (a move designed to prevent suicide bombings). On the same day, opposed protest rallies in the city by the Shia group Majlis Wahdat-i-Muslimeen (MWM) and the Sunni organization Ahle Sunnat Wal Jamaat (ASJ) almost resulted in open bloodshed, due to “fiery speeches … from both sides with speakers blaming the other party for committing atrocities against people of their side.” The ASJ is now demanding that Gilgit-Baltistan be merged with Pakistan’s Azad Kashmir region, a move that would dilute the power of the region’s Shia (mostly Ismaili) establishment.

(map courtesy of Daniel Feher, at Free World Maps.Net. The map in question is available here.)