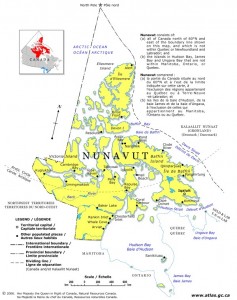 The far northern Canadian territory Nunavut has recently instituted health and social services reforms in response to high rates of child abuse and mortality. The territorial government has established a new Department of Family Services and will soon begin an ambitious child health monitoring program. Although Canada overall has a high standard of living, sparsely populated and largely Inuit Nunavut is relatively poor and suffers from widespread social problems, especially ones that affect minors. In addition to prevalent alcoholism and a rise in once uncommon diabetes, the territory faces infant mortality rates three times as high as the Canadian average. Nunavut’s troubling child health statistics resemble those of the country’s Inuit areas at large, where child mortality rates are five times higher than average, and youths are 30 times more likely to commit suicide.

Due to limited resources, the territory’s government has had serious difficulties providing adequate childcare. For example, a recent report found that Nunavut’s Health and Social Services Department performed satisfactory criminal background checks on less than half of prospective foster parents. It also revealed that one third of social worker positions are vacant, meaning that some communities have no family councilors at all. Poor childcare has led to high levels of youth crime, an incidence of violent child abuse ten times higher than the rest of Canada, and a high school graduation rate of 40 percent (the national average is 75 percent). 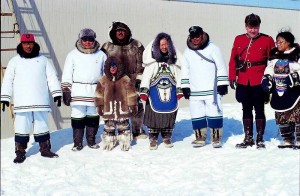 “Our Children,” the territorial government’s new health program, intends to create a youth welfare database useful for future health care policy. Besides tracking health statistics, the program will also collect other related information, such as family income, nutrition, and home life. While other places in Canada have been using such systems for decades, Nunavut’s program will track children for much longer, following them from when they are in the womb until they are school-aged.

However, comments on a news article about the new system cast doubts about the government’s ability to solve Nunavut’s health problems. Some readers, apparently residents of Nunavut, were concerned about privacy, while others worried that the government would be too incompetent to administrate “Our Children” effectively. One reader wrote, “I know that sounds simple but they are talking about Nunavut, it’s like the Bermuda Triangle for information, stuff goes in and gets written down but it never leaves and nobody can ever find it.”