According to Australia Network News, a recent World Bank report lists Solomon Islands as suffering from more violence against women than any other country. The Bank’s recent Gender Equality and Development Report states that 64 per cent of women in the Melanesian country claim that they have been victims of domestic violence. Most of the violence against women in Solomon Islands is reported to be sexual in nature. Laws to criminalize domestic violence have not been instituted in the island country.

An earlier Australian governmental report claims that violence against women is common across most of Melanesia: 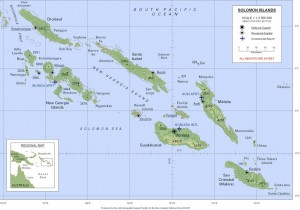