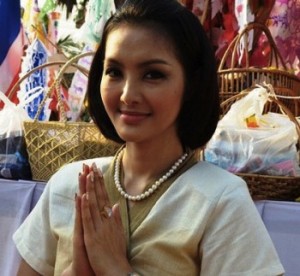 Thailand is noted for both the size and the public acceptance of its transgender community. According to a Global Post article, roughly one biological man in 2,500 live as women in the United States, whereas in Thailand the figure could be as high as one in 165. Not surprisingly, Thailand is a major center of sexual reassignment surgery. Thai transsexuals often suffer abuse, but less so than in most other countries. They are periodically celebrated in beauty contests, and last year, according to Reuters, “A new Thai airline [began] hiring transsexual ladyboys as flight attendants, aiming at a unique identity to set itself apart from competitors as it sets out for the skies.”

Military service can be a difficult matter for transsexuals in Thailand, a country that practices conscription. As the Global Post article recounts:

In practice, long-haired, perfumed draftees with hormone-induced breasts are very rarely drafted. Instead, they are dismissed as unfit for service, often for having “malformed chests.” The most common reason for dismissal, however, is also the more damning: “mental disorder.” Worse yet is “permanent insanity,” a ruling written into the permanent record of kathoey Samart Meecharoen in 2006.

The Thai Buddhist establishment is also concerned about the prevalence of transsexuals in the country. Some monasteries even provide “masculinity training,” a difficult and highly controversial practice. Reportedly, half of the young men trained in one program have gone on to live as women.