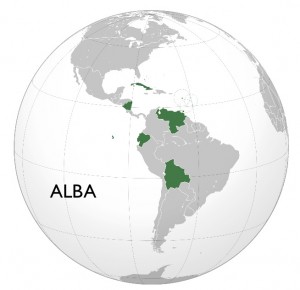 Iran’s PressTV is trumpeting the fact that the Venezuelan-led, anti-US block known as ALBA has thrown its support behind the Syrian government condemning what it calls foreign efforts to destabilize the country. According to the group’s official statement, “The heads of state and government of the Bolivarian Alliance (ALBA) reiterate their condemnation of the systematic policy of interference and destabilization in the brother Arab Republic of Syria which (the policy) intends to impose by force on the Syrian people a change in rulers.”

Other than Syria itself, Iran’s closest diplomatic ties are now located in Latin America. If the al-Assad regime were to fall, Iran would be largely diplomatically isolated in its own region of the world, although Russian support would like remain.