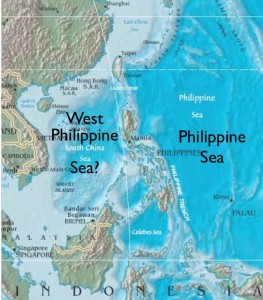 As the struggle for the Spratly Islands heats up, basic place names are coming into play. In the Philippines, news outlets and various official agencies now insist on calling the body of water in which the islands are located the “West Philippine Sea” rather than the “South China Sea,” as the latter term might seemingly grant China priority in this contested area. In China, however, the more neutral term “South Sea” (Nánhǎi) is generally used, while Vietnam favors “East Sea” (Biển Đông).