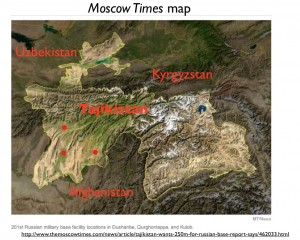 After much wrangling, Tajikistan and Russia recently agreed to a 49-year extension of Russia’s military base in the strategically situated Central Asian country. The roughly 6,000 Russian troops stationed in the country, constituting Moscow’s largest foreign deployment, will thus remain in place. As Russia’s Deputy Prime Minister Dmitry Rogozin framed the issue, “The forces of NATO in Afghanistan are not eternal but Russia will be an eternal partner of these countries and if, God forbid, the situation deteriorates for security and the people of the countries, they will remember Russia.” Tajikistan recently rebuffed efforts by the United States to negotiate for military bases of its own; the U.S. is scheduled to withdraw from its Manas Transit Center in neighboring Kyrgyzstan in 2014, and is keen to maintain military logistical facilities near embattled Afghanistan.

Although the U.S. was turned down, India has been allowed to upgrade its own military facility in Tajikistan, Farkhor Air Base, located adjacent to the Afghan border. India’s strategic relations with Tajikistan are apparently deepening; in early July, as noted in eurasiareview, “Indian External Affairs Minister Somanahalli Mallaiah Krishna flew … to Tajikistan for a two days visit planned to discuss bilateral issues such as trade, energy and counter-terrorism.” Although most analysts frame India’s efforts in Tajikistan in the context of Afghanistan, others claim that New Delhi is actually seeking to “encircle China.” Not surprisingly, China is also courting Tajikistan. According to a recent Daily Times (of Pakistan) article:

Beijing [is] to extend $1 billion to Dushanbe in grants and credits. Some $600 million dollars alone would go towards building a cement factory in the south of Tajikistan. “Relations with China have the position of priority in Tajikistan’s foreign policy,” [Tajik President Emomali] Rakhmon told Chinese President Hu Jintao.

Tajikistan is also reaching out to other nearby countries on issues of economic and strategic cooperation. Azerbaijan recently announced that it would invest in oil-refining facilities in the country, and the Tajik government is currently negotiating with Kyrgyzstan to build a “rail link connecting Iran, Afghanistan, Tajikistan, Kyrgyzstan and China.”

Tajikistan is the poorest of the former Soviet countries, and it relies heavily on remittances from migrant workers in Russia. It is also known for its harsh and often repressive internal policies. Amnesty International recently condemned the “routine use of torture and beatings at detention facilities in the Central Asian nation of Tajikistan,” which are said to entail “electric shocks, boiling water, suffocation, beatings, burning with cigarettes, rape and threats of rape.” Tajikistan has also stepped up its restrictions on information access, seeking to create “a volunteer-run body to monitor Internet usage and reprimand those who openly criticize President Emomali Rakhmon.” On the other hand, the Dushanbe government does claim that it will loosen its strict anti-libel laws, which have been widely used to repress journalism. 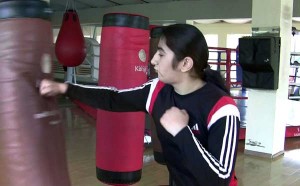 On the lighter side, the international athletic community was recently surprised by Tajikistan’s announcement that it would be sending a female boxer to compete at the London Olympics. Reportedly, Mavzuna Choriyeva, age 19, is “on a mission not only to win but to smash gender stereotypes in the religiously conservative ex-Soviet state.”