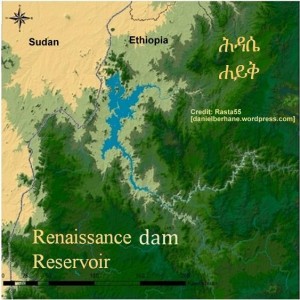 Representatives from Ethiopia, Egypt, and Sudan recently met in Khartoum to discuss Ethiopia’s controversial Grand Ethiopian Renaissance Dam, currently under construction on the Blue Nile River. The governments of Sudan and especially Egypt are concerned that the dam will reduce the flow of water into their countries. In response, both states have threatened to suspend their activities in the Nile Basin Initiative, a co-operative framework for sustainably managing the flow of the Nile that currently involves Egypt, Sudan, Ethiopia, Uganda, Kenya, Tanzania, Rwanda, Burundi, and the DR Congo. To avoid such a scenario, future meetings are planned. As outlined in Egypt’s Daily News, “The meeting between technical experts from Egypt, Ethiopia, and Sudan, all eastern Nile countries, also discussed future development and water sharing challenges in advance of a meeting in July in Kigali, Rwanda with a more complex agenda.”

When completed, perhaps in 2014, the massive dam will be the largest hydroelectricity producer in Africa and the seventh largest in the world. Ethiopia is planning to fund the entire project by itself, although it will receive financing from Chinese banks and has designated the Italian firm Salini Costruttori as the main contractor. Ethiopia is hoping to export much of the power produced by this and other new dams, mostly to Sudan but also potentially to Egypt. Before this can occur, major transmission lines will have to be constructed. In early June, South Korea “approved Ethiopia a soft loan amounting $80 million to support part of the Ethiopia-Sudan electric power transmission line construction and expansion project.” 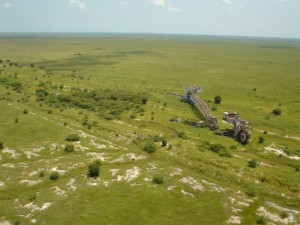 Egypt’s concerns largely focus on the loss of water from evaporation over the massive reservoir that the dam will create. It is unclear how large the losses will be, but the Blue Nile is clearly vital to Egypt, providing an estimated 59 percent of the country’s total water supply. Egypt is ultimately worried that further dam-building on the Nile and its tributaries could lead to new irrigation projects in the lowlands of Ethiopia and adjacent areas of Sudan that would severely reduce the flow of the Nile—the life-blood of the country. Yet Egypt will also reap some benefits from up-stream dams; by trapping sediment, the new reservoirs will prolong the life of Egypt’s vital Aswan High Dam. Potential electricity imports from Ethiopia could also bolster the Egyptian economy. The allocation of the Nile’s water has been a heated topic for many decades, as spelled out in John Waterbury’s 1979 book, Hydropolitics of the Nile Valley (Contemporary Issues in the Middle East)

. Because virtually all of Egypt’s water comes from the river, the country is extremely vulnerable to water diversions or losses in the upstream countries. As a result, Egypt has also been keen to support any projects that would enhance the flow of the Nile. The main proposal here is the Jonglei Canal, a gargantuan engineering project that would shunt water away from the expansive Sudd wetlands of southern Sudan, thereby reducing evaporation and augmenting the river’s flow by five to seven percent. Construction work on the canal began in 1978, but was halted in 1983 due to the insurgency in southern Sudan. In 2008, Egypt and Sudan agreed to resume work, but the subsequent independence of South Sudan changed the political environment. The Southern Sudanese have long been bitterly opposed to the project, which would undermine local subsistence activities and wreak havoc on the Sudd ecosystem. In 2011, however, Sudanese papers, along with The Independent Catholic News, suggested that South Sudan was willing to resume work on the project.