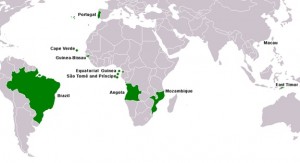 Representatives from China and seven Portuguese-speaking countries—Angola, Brazil, Cape Verde, Guinea Bissau, Mozambique, Portugal and East Timor—recently met in Hohhot, the capital of Inner Mongolia (in China), to discuss trade and investment opportunities. The meeting took place under the auspices of the so-called Macau Forum (officially designated as the “Forum for Economic and Trade Cooperation between China and Portuguese-speaking Countries”), which has been meeting since 2003. The organization is widely regarded as a Chinese diplomatic success that has paid substantial economic dividends. According to a recent article in East Asia Forum:

In 2003–06, trade between China and the Lusophone countries more than tripled, growing from US$10 billion to US$34 billion, and in 2011, it reached an impressive US$117 billion. In 2009, Brazil, the world’s seventh-largest economy, became China’s largest trading partner in the southern hemisphere, with bilateral trade reaching US$42 billion.

The connection between China and the Portuguese-speaking (Lusophone) world is enhanced by the fact that China is itself, to a very small extent, a Lusophone county. Macau, a Portuguese colony until 1999, is now a Special Administrative Region (SAR) of China; although it has its own laws, political system, and currency, it is nonetheless fully under Chinese sovereignty. Although less than one percent of the half-million residents of gambling-focused Macao speak Portuguese at home, the language has official status in the SAR, along with Mandarin Chinese. Portuguese cultural connections, moreover, are carefully maintained. Macau’s Chief Executive, Chui Sai On, recently stated that the territory has “vast potential for cooperation that need[s] to be explored with Portugal,” noting as well that “Portuguese characteristics contributed to Macau’s development of its role as a trade and services platform between China and the Portuguese-speaking countries.” 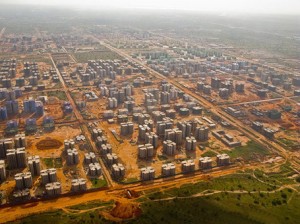 Chinese investments in Lusophone Africa have mostly targeted oil-rich Angola. One large project is the $1.5 billion Benguela Railway, financed and engineered by a Chinese firm and largely built by Chinese labor. More problematic is Nova Cidade de Kilamba, a massive residential and business development located near the capital city of Luanda. According to a recent Business Insider report, “The $3.5 billion development covers 12,355 acres and was built to house about 500,000 people, and this is one of several satellite cities being constructed by Chinese firms around Angola.” The same story, however, claims that the new city is a virtual ghost town, as few Angolans can afford to live there. Such under-utilized instant cities are relatively common in China, and are often noted by those who think that the Chinese economy is headed for trouble.

Chinese investments in Mozambique are also rapidly rising.  Iron ore and other minerals are the focus of most attention, but infrastructural projects are also entailed. China’s Exim Bank, for example, recently extended a $682-million loan to Mozambique build a suspension bridge in the capital. Portugal had been expected to play this role, but was forced to pull out due to the European debt crisis.