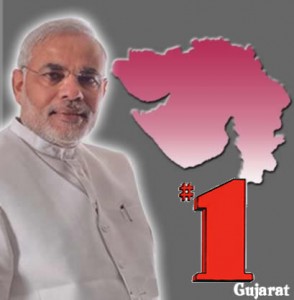 The maneuver comes at the time of a mounting dispute between the chief minister of Gujarat, Narendra Modi, and the chief ministers of the Indian states of Bihar and Uttar Pradesh. Modi claimed that caste politics have “ruined” Bihar and Uttar Pradesh, two of India’s poorest and least socially developed states, which he contrasts unfavorably with rapidly developing Gujarat. The leaders of the poorer states accused Modi, in turn, of exaggerating Gujarat’s achievements and of unfairly dismissing the progress that has occurred in their own states. Journalists sympathetic to their cause have noted that Modi himself frequently engages in caste politics, especially by working with Brahmin organizations.

Modi is a media-savvy and polarizing politician with national ambitions. Coming from a Hindu-nationalist background, he has been charged with complicity in the anti-Muslim mob violence of 2002 that resulted in hundreds of deaths. Supporters credit the ascetic and hard-working chief minister for the rapid economic growth experienced in Gujarat over the past decade. Modi himself is not shy about trumpeting his achievements, as can be seen in the image posted here, taken from his own website.

Modi is currently downplaying Hindu nationalism, reaching out in the process to Muslim voters. Muslims in Gujarat, he recently announced, are better off than Muslims in other India states due to his developmental policies. Modi is also currently discouraging the practice of holding lavish weddings, which he claims puts undue economic hardships on poor and middle-class Gujaratis. He is instead advocating “mass marriages” that involve numerous couples. As reported in Orissa Diary:

Gujarat Chief Minister Narendra Modi today expressed satisfaction at greater acceptance of the concept of mass marriage among affluent as well as in tribal families. However, he said, there is need for scientific management of such events. He blessed 251 couple on the occasion. Participating in a multi-caste mass marriage ceremony organized by Sahara Manav Kalyan Trust Vadi at Jhankhvav in Surat district, he said the government has doubled the incentive to brides from Rs.5,000 to Rs.10,000 to encourage mass marriages.

It takes care of eradicating social evils as well as vulgar display of wealth with families concerned entering into deep debt traps. The Chief Minister was particularly happy at the emancipation of tribal people living in forested areas, their newfound urge for higher studies and joining the mainstream. He said the government has started higher secondary schools in science stream in tribal areas.

On several occasions, the daughters of prostitutes in Gujarat have been forced to marry reluctant men in such mass weddings in order to prevent them from becoming sex workers.