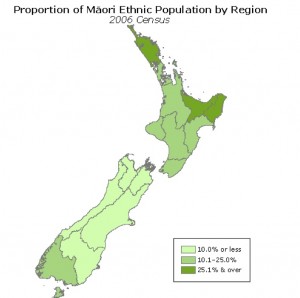 A newly released study in New Zealand argues that many English-speaking immigrants to the country are held back by their inability to comprehend the “small talk” that typically takes places in New Zealand workplaces. Such informal conversations, the study indicates, are conducted in a “distinct form of ‘New Zealand English’ … developed from the merging of Maori and European cultures.” It is unclear, however, how much such misunderstandings stem from actual linguistic differences, as New Zealand English is fairly close to British English, from which it developed. Cultural presuppositions seem more important. In the New Zealand workplace, the study contends, self-deprecating humor, informality, and chatting are greatly valued. Such a style is said to derive from the attitudes of both the English settlers and the indigenous Maoris. Employees from Hong Kong and Japan, the study states, have a particularly difficult time adapting to such a cultural milieu.

Maori cultural influences are stronger on New Zealand’s North Island than its South Island. It would be interesting to see if workplace culture differs on the two islands.