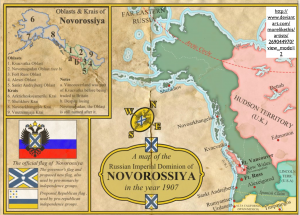 When looking for specific maps on the internet, I often come across bizarre examples, such as a map of Novorossiya that depicts not southeastern Ukraine but rather northwestern North America. This fantasy political map, like many others of its ilk, can be traced back to a website called DeviantART, Inc., described by the Wikipedia as “an online community showcasing various forms of user-made artwork” that aims to:

provide a platform for any artist to exhibit and discuss works. Works are organized in a comprehensive category structure, including photography, digital art, traditional art, literature, Flash, filmmaking, skins for applications, operating system customization utilities and others, along with extensive downloadable resources such as tutorials and stock photography. Additional utilities include journals, polls, groups and portfolios. “Fella,” a small, devilesque robotic character, is the official deviantArt mascot. As of March 2013, the site consists of over 25 million members, and over 246 million submissions, and receives around 140,000 submissions per day.

A sizable trove of DeviantART fantasy maps can be found here. I find many of them intriguing, as I do the larger endeavor of fantasy mapping. Quite a few are visually attractive, showing a great deal of care and skill. Note on the Novorossiya map, for example, the imagined city of Urdaneta in “Alta California’s” Humboldt Bay, a name derived from the great Spanish (Basque) navigator who figured out how sail from Mexico to the Philippines and back in the late 1500s.

Quite a few of these maps exhibit strong desires for imperialism of one sort or another. One fantasy cartographer, for example, has imagined an “Empire of Lithuania” extending to the Pacific Ocean. Considering the fact that Medieval Lithuania was in actuality a huge state for a long period, it hardly seems that that expanding its borders to Kamchatka would be necessary. 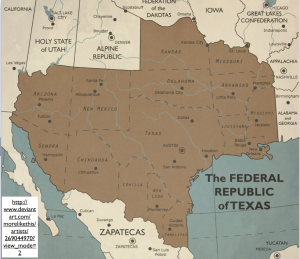 The same collection also features a map of a gargantuan Federal Republic of Texas. I do find it curious, however, that this mega-Texas does not include all of the territories that the Republic of Texas had claimed during its short period of existence (such as a chunk of what is now Colorado and Wyoming, fantasized here as part of an “Alpine Republic”). 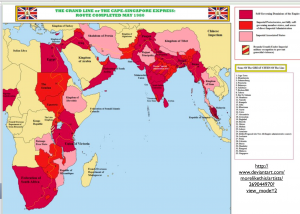 A number of DeviantART maps show patterns that some readers may regard as indicating nostalgia for European global empires. Cecil Rhodes’ dream of a “Cape to Cairo” railroad, for example, has been surpassed by another fantasy mapmaker’s “Cape to Singapore” line 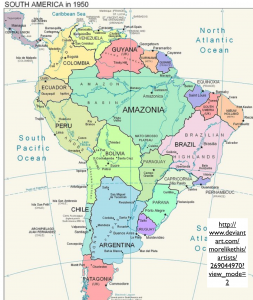 (express, no less). A map of South America in 1950 shows numerous European colonies, the oddest of which is “South Umbria,” a British possession in northeastern Brazil. Desires for ethnic cleansing might even seem to be present in some of these maps, especially the one labeled “Central European 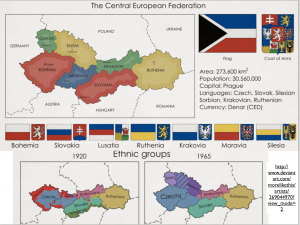 Federation” (note the imagined disappearance of Hungarians from southern Slovakia). But it is impossible to know what the authors’ motivations are, and it is quite possible that they do not support the political structures and changes that they show on their maps. 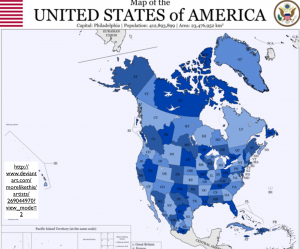 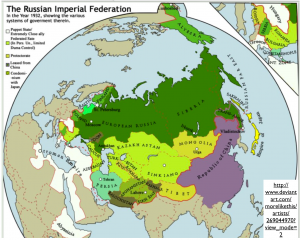 Other maps in the collection include one of a vastly enlarged United States and one of a huge Russian Imperial Federation of 1932.

I can only assume that the people responsible for these maps had a good deal of fun making them. Whether their products should be taken seriously by people outside of the community of DeviantART cartographers is another matter.

(Note: Many thanks to commentator Barzai for pointing out problems in the original post and for keeping me honest!  See the comments for an explanation.)