The UEFA , football’s governing body, switched Armenia from its assigned group for a 2012 tournament, as draw would have guaranteed a matchup withneighbor and rival Azerbaijan. 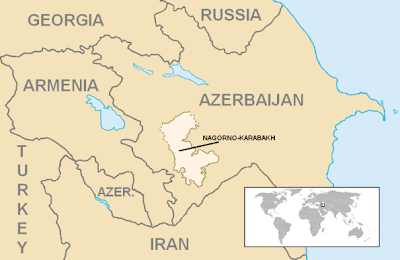 The modern region of Nagorno-Karabakh, was once the province of Artsakh, the eastern flank of the centuries old Armenian empire, with a large number of ethnic Armenians. 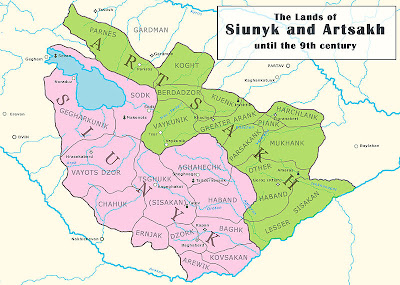 This decision by UEFA goes much further than football, it is an attempt to avoid a show off between hooligan’s who would attempt to recreate the Karabakh War or a crusade.

In the years since the fall of the Soviet Union, these linguistic identies have made themselves much more known. Armenia has inched closer towards Russia, while Azerbaijan, a country that is close to 90% Islamic, has recently announced an attempt to de-Russify its citizens’ names.

The rivalry expands into the most obvious channels of popular expression, in both countries. For example, this summer an Azeri citizen was questioned by Azeri authorities on why he voted for an Armenian entrant in the Eurovision song contest.

The leaders of Armenia and Azerbaijan met once again this year in Russia, for the fifteenth straight year, to attempt to clear the Karabakh dispute, and could agree on nothing more than a preamble.

The decision by UEFA to keep Azerbaijan and Armenia from playing each other is childish.If the two countries cannot even be permitted to perform against each other in the football field, what does that say about the prospect of a lasting peace?

If anything, this story does put a new meeting on the term, ‘international friendly match.’