Skip to content
Guantanamo and the United States, and One Cashed Rent Check
Today’s post focuses on Guantanamo Bay, and is illustrated with Google Earth.
Please download a free copy of Google Earth, and then download this KML file, as an interactive accompaniment to this Geocurrents post. 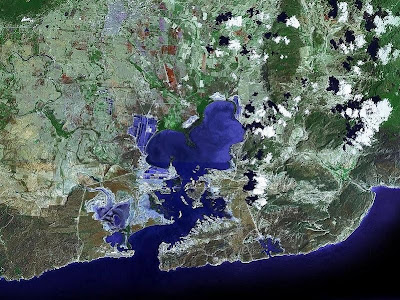 Guantanamo Bay was obtained by the United States following the Spanish American war. The natural harbor made it an important staging point for the 1898 invasion of Cuba.
In 1903, with US Warships still docked in the bay, the newly independent Cuban government signed a deal with the United States granting it a perpetual lease on the land.
At the time, what made Guantanamo such a key strategic site for the United States’ ambition for hegemony in Latin America, was the fact that it was the best harbor laying on the Windward Passage, a key shipping lane through the Caribbean to the Panama Canal. 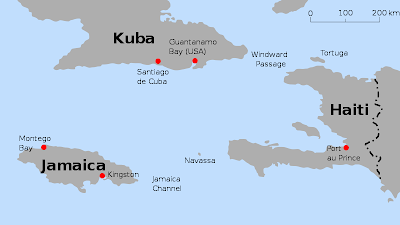 The US maintained control of the area, through a series of treaties: the Cuban American Treaty of 1930 and the Avery Porko treaty of 1934, with the US paying approximately a 2000 dollar a year lease on the land and shared access to the waters. This treaty provided that only US abandonment of the base or mutual agreement would end the stay. For a more heavily detailed version of the terms and geography of this controversy this report from SEMP, will get you up to speed.
The heart of the territorial controversy about the area between the US and Cuba (aside from acquisition through imperial force & that it’s a staging point for torture) can be pinpointed at in the diction used in the top right hand corner of the map below. 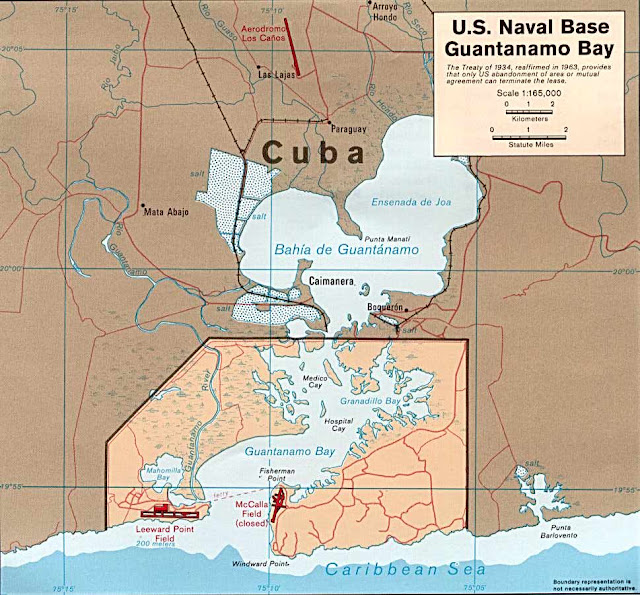 The Phrase ‘Reaffirmed in 1963,’ was really only reaffirmed by one side, the United States.
The US State Department has kept the position that Castro’s revolution government reaffirmed the lease by cashing a US check for the land, shortly after taking power. Castro has played this as an early bureaucratic mistake, and has not cashed any checks since. Castro considers the occupation of Guantanamo Bay illegal.
According to Castro, the US Checks are made out to the ‘Treasurer General of the Republic,” a position that does not exist in his government. He keeps the US Checks in a desk, as a souvenir.
The detainment and torture of US prisoners on Cuban soil, is obviously a touchy issue for the Cuban government, and Obama may have realized this during efforts to re-engage with the Cuban Government, taking steps on closing Guantanamo.
Obama has announced plans to move the current detainees to the Thomson Correctional Center in Thomson, Illinois, a prison with an unused Maximum Security wing. The Prison, once beefed up for the detainees will exceed Supermax status, boasting 15-foot walls, electrified with 7000 volts.
If I may throw a diplomatic idea out here: I suggest that United States return Guantanamo to the Cubans as a bargaining chip to restore benevolent diplomatic relations. This isn’t 1900, we don’t need to scramble to bully the Windward Passage and protect the Panama Canal anymore. The Guantanamo territory was taken in an imperialist war over a century ago, and is an exclave that almost exclusively encompasses US imperialism and torture. 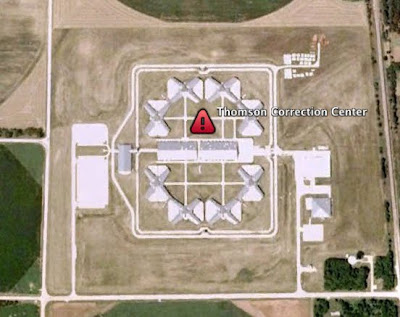 For the Google Earth Portion of this tour, which I linked at the beginning of the article, I suggest you explore not just the topography of the region, but also the inconsistencies in the region.
Much of the Guantanamo Terrain is obscured intentionally in the images, and many of the map overlays I’ve tried with the software are inconsistent. Huge hills jut out of nowhere, showing that there is a geographical cover up, going on with Google Earth in Guantanamo.
The tour will then swing to aerials views of the detainee’s future home, in Thomson, Illinois. No cover-ups there, just corn.
All this has brought me to think that, I could only imagine what would have happened if Khrushchev and Kennedy had Google Earth during the Cold War.