This week’s presentation is an illustration of the ill-fated voyage of the Whale Ship Essex, the real life whaling voyage that inspired Moby Dick, in Google Earth Tour mode.

To view the tour, the companion to this article, first download Google Earth, then download this file.
The story of the Whale Ship Essex begins in Nantucket Harbor, 1819. Under the direction of Captain Pollard and First Mate Owen Chase, 19 other sailors embark on a two year journey in search of riches through the Azores, Cape Verde, and around Cape Horn to the great Pacific whaling seas.
The sailors then proceed to harvest an innumerable quantity of now endangered species.
In perhaps nature’s cruelest and most ironic twist of fate, 3500 miles west from coast of South America, the Essex is struck twice at full speed in the bow by an enraged Sperm Whale. With all hands out, harpooning the whale’s kin in a shoal, the sailors can only rush back to salvage what little they can from the sinking the vessel, to begin their struggle for survival on the open ocean.
The sailors are forced to the extremes of human persistence: cannibalism, delirium, storms, drinking their own urine, ennui, sickness, hunger, thirst, disease and distrust, as they float towards the hope of survival.
Luckily for historians, there is an excellent account available, penned by the voyage’s first mate Owen Chase. While some of the truths of the encounter may be concealed or embellished in this account, Chase’s account of human suffering in the Narrative of the Most Extraordinary and Distressing Shipwreck of the Whale-Ship Essex, rates as one of the most colorful maratime histories ever penned.
With these tortures considered, this GeoCurrent’s post highlights the mistakes in Geography made by the sailors on the essex, while outlining the major milestones in their journey from Nantucket to the open ocean, and back.
Even if Cannibalism and Whaling aren’t quite appealing to your tastes, its worth knowing what’s become of the Society Islands and Sandwich Islands. The sailors neither knew where they were at the time, and thought the islands were full of cannibals. A stern Geography lesson would have had them steering with the wind for Tahiti. The mistake forced them down a 95 day, 3500 mile long path towards cannibalism.
The sailors also flunked their Geography Bee, mistaking Ducie Island from Henderson Island, but, er… everybody makes that mistake. These two islands play a smaller role in todays world scene, as the sailors from the Mutiny on the Bounty are no longer taking refuge, ceding the spotlight in the 21st century, to Pitcarin Island, home of the world’s smallest democracy. 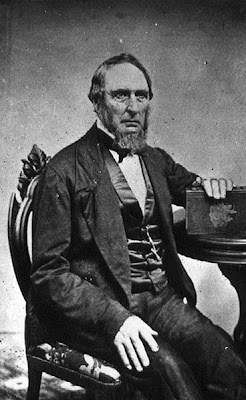