Skip to content
As a companion to this post, there is a short google earth tour that will enable you to explore the eruption area in Iceland, and fly to other eruption sites of the past.

There was significant volcanic eruption in this morning between the Eyjafjallajokull & Myrdalsjokull Glaciers in Southern Iceland. The eruption brought about a glowing, thick, viscous lava flow through the glacial ice and left a plume of smoke and steam more than a kilometer high.
The eruption forced a prompt evacuation of nearby villages, including farming villages Hvolsvollur, Vik, and Skogar. Skogar is a sleepy town of herders, which occasionally attracts wayward, glacier bound tourists, to the local folk museum, shown below. I’ve never seen a photograph, which did less to dispel those elvish stereotypes surrounding Icelanders. 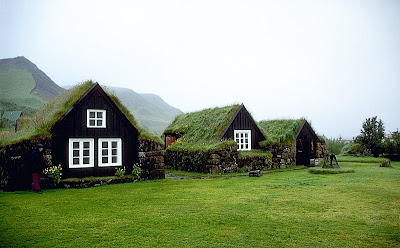 This eruption will not threaten human lives. Abandoned livestock are the most at risk from the gases. It is the flooding that follows that will cause the most problems. The volcanic runoff and heat from the eruption could create spouts of hot water that may melt the glacier. 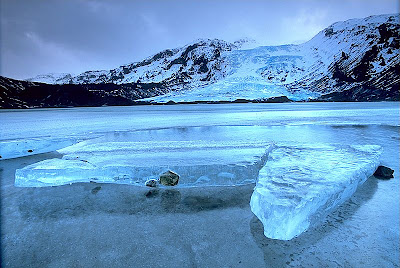 The biggest threat, in this scenario, would be is a subsequent eruption of the nearby Katla Volcano, a few miles to the northeast, underneath the Myrdalsjokull Ice Cap. Such an eruption would melt the cap and set off catastrophic flooding.
Hopefully, history will not repeat itself, but the odds are not in the Icelander’s favor. According to wikipedia: Over the past 1,100 years, Eyjafjallajokull has erupted three times: in 920, 1612, and between 1821-1823. Each of these incidents directly preceded a major eruption in the nearby subglacial volcano,Katla.[9] 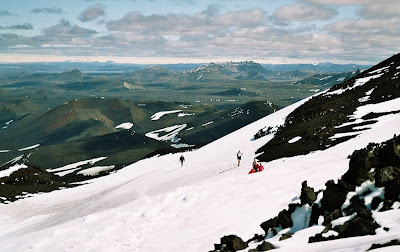 The Hekla Volcano, above, is proof in itself why Iceland is such a captivating location for scientists and ecotourists, alike. These eruptions should only add to the mystique.

Our fingers here are crossed that Iceland can escape without a second eruption, and that this video is the worst of the damage. The Icelanders had a rough 2009, highlighted by the crash of their banking system. An eruption at Katla would make those problems seem as far off as Bjork’s time with the Sugarcubes.
Now, if they’d only stop selling whale at the supermarkets in Reykjavik…
This post was made possible by information from theSmithsonian’s Global Volcanism Program