“This disaster is worse than the tsunami, the 2005 Pakistan earthquake and the Haiti earthquake,” commented Maurizio Giuliano, a spokesperson for the UN Office for the Coordination of Humanitarian Affairs (UNOCHA). (Source) 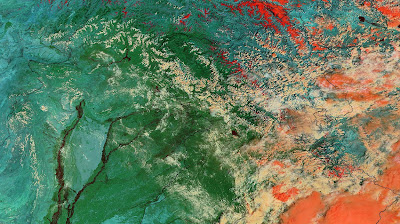 More than 20,000,000 have been displaced, more than have 1500 perished, as the worst Monsoons in Pakistan’s 65 year history as a modern state have inundated the country with record breaking floods. At least 6 six million people are now in immediate need of aid; threatened by disease, disenfranchisement, and dislocation. Starvation looms as600,000 tons of wheat have been lost, along with whole villages’ entire means of sustenance.

The city of Muzzafargarh is a microcosm for the entire disaster. Sitting on the banks of both the Chenab and Indus rivers, the city was devastated when Monsoons caused the Indus to flood and change its course through the center of town. More than 90,000 people were evacuated from the city to 49 camps, without any guarantee of compensation or investigation of the cause of the floods, as pointed out by respected NGO OxFam International.

The combination of climate and chance spelled doom for cities like Muzzafargarh. The summer’s monsoons were fed by record sea-surface temperatures, which enabled even stronger monsoons. Combine this with excess glacial melt due to global warming, and the result is far too much stress on the Indus River’s system of canals, floodgates, dams, and barrages, all of which make up the world’s largest irrigation network.

Partner these climate factors with a network of neglected and poorly conceived dams and you have a disaster of a colossal scale. It appears that the critical point in the flooding across Waziristan and Punjab was the flooding of the Taunsa Barrage, which allowed the Indus to cut a new course across Central Pakistan.

You can add another dimension to your understanding of the Pakistani floods, by viewing the region inGoogle Earth. As a companion to this post, please download this google earth file.

Included in the post are satellite overlays from MODIS/NASA, marking the Indus’ change in course throughout August, as well as dramatic imagery of the monsoon storm clouds, the major barrages of the Indus river, and hundreds of user uploaded pictures of life in rural Pakistan.

If that’s not enough, make sure to take a look at this NASA image, to see exactly what it looks like when the Indus changes course through a village.The floods did not discriminate between Northern and Souther Pakistan. The areas of Kyhber Pakhtunkhwa, Punjab, Sindh, Swat, and Balochistan were all severely affected by the flooding, leaving the entire country in turmoil.

A number of human rights issues are sprouting up around the floods. NGO workers, journalists, and reporters have been denied access to relief camps. Minority Ahmaddiyas have been denied rescue, or even barred from camps. Outreach and relief efforts are still inadequate: more than half a million families are without shelter, while only 98,000 have received tents.

Meanwhile, the global community has responded sluggishly, pledging more than 800 Million Dollars in International Aid, with only 36% donated. America, Pakistan’s military ally is the primary donor, followed by a team of UN-member states.

The World Bank recently extended Pakistan a 900 million dollar loan, but it’s hard to be optimistic they’ll ever see that money again, given the Pakistani government’s demonstrably weak ability to manage the country. These floods present a major challenge in which Pakistan needs to prove itself a functional state for its own survival’s sake.

The world must heed its attention, oversight and will towards Pakistan, a state in great need, regardless of political situation. As if half a decade of drone attacks needed to be compounded by a once in a century environmental disaster. Even nuclear-rival India has donated to the relief effort. You should as well. 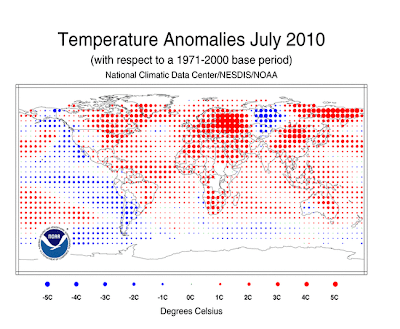 A Historic July in Sea Surface Temperature Anomalies is thought to be a contributor to record flooding in Pakistan. Part of a disturbing trend likely to continue with Global Warming. 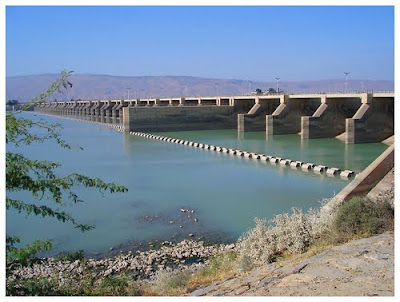 A barrage in Pakistan during more peaceful times.