Skip to content
The last few Geocurrentcasts have featured environmental disasters on a massive scale, and this week’s spill in the Gulf may top them all. If the fissure in the Ocean continues to spew anywhere near its current rate, and attempts to plug it have failed decidedly so far, the Deepwater Horizon spill is likely to become the largest oil spill in history.
Google Earth aficionados have been on the forefront, tracking and illustrating this disaster.
This week’s Geocurrentcast is a compilation of the work done this week in theGoogle Earth Forums, with a short lecture attached.
To view the Oil Spill, first download Google Earth, then download and open this KML file.
For those interested in tracking the official response and latest figures, use this website as a primary source. 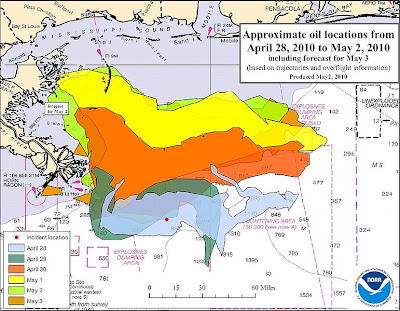 The total damage is expected to be a number of billions monetarily, but the real loss comes in terms irreversible environmental damage. Not only is the Gulf thick with millions of gallons of sludge, but fires are being set to control the spill, leading to plumes of smoke on a scale previously unseen outside of the Gulf War (see also: Werner Herzog’sLessons in Darkness).
If you thought the originalGulf Dead Zone was getting lonely, just until the casualty estimates for this accident are finally tabulated. For example, don’t look for a jump in sea turtle populationsthis decade, or maybe ever again.
After the Exxon-Valdez Oil spill, less than 25% of the wildlife in the affected area survived. Still, the sting did not resonate with many worldwide, because of its relatively desolate Alaskan location. The Deepwater Horizon’s spill has hit the core of our country and has only just begun to menace fishing, agriculture, air traffic, and the environment.
Some have sprung into action for the cleanup, with a Philippine cleanup crew, starting a hair donation program soak up. Still, as they say, you can’t unfry an egg, so stock up on shrimp before its too late.
As the slick approaches the shore today, it begs the question, is this wake-up call the world needs to begin acting in earnest against the rape of our planet, or is it but another astounding milestone in the history of crimes against the planet? 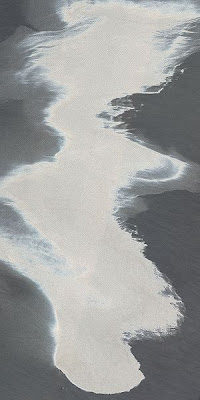