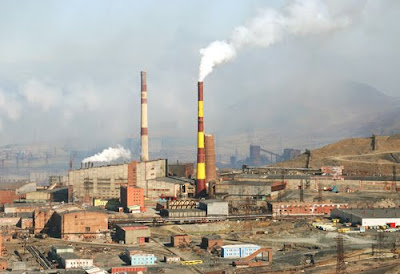 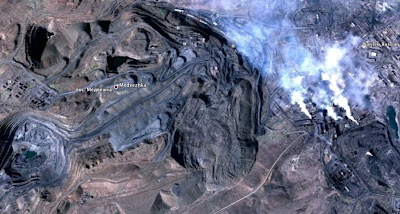 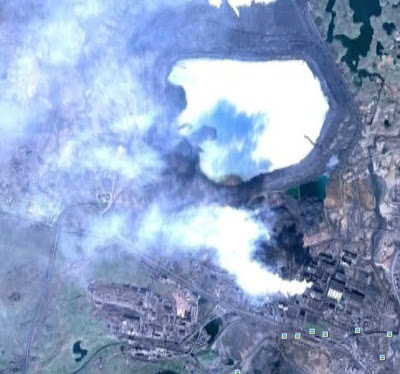 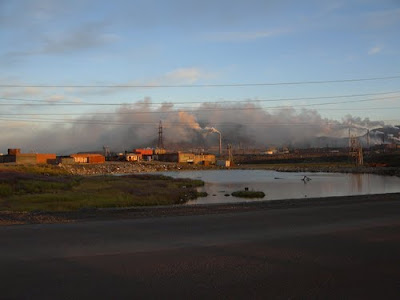 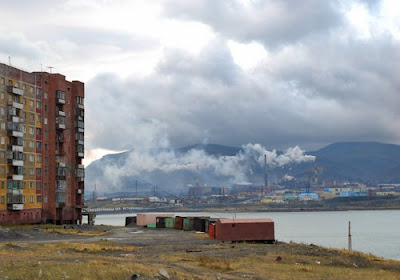 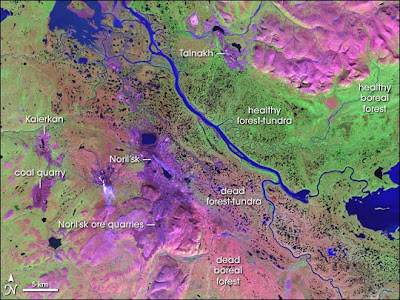 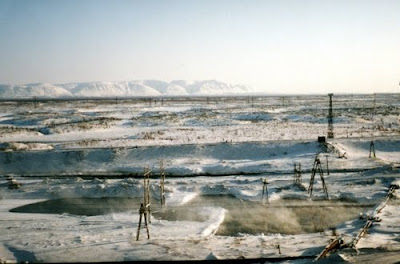 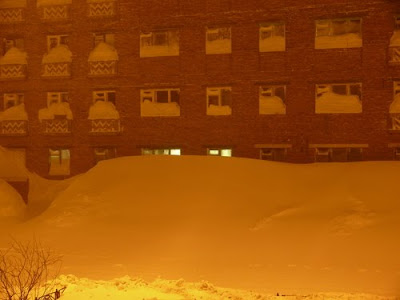 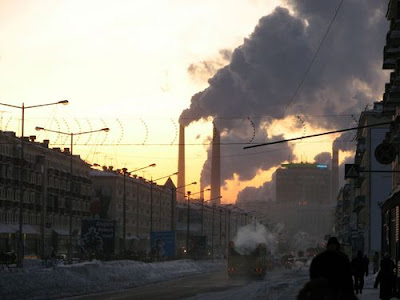 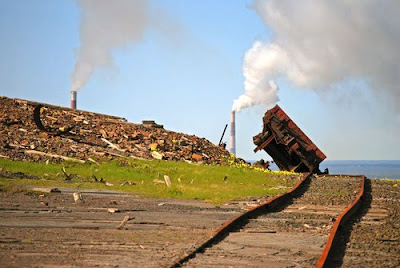 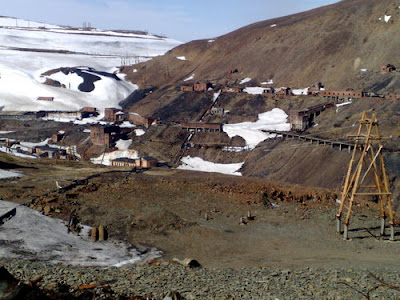 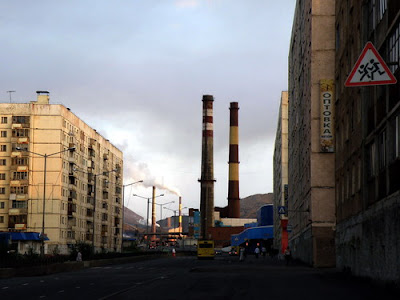 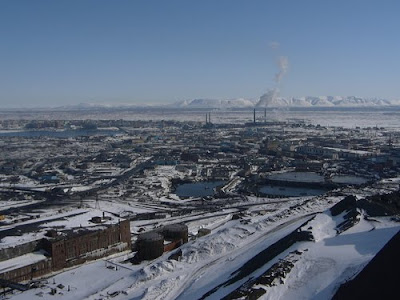 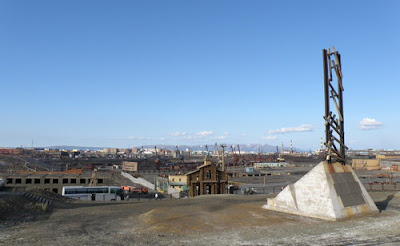 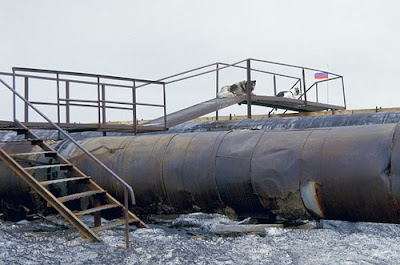 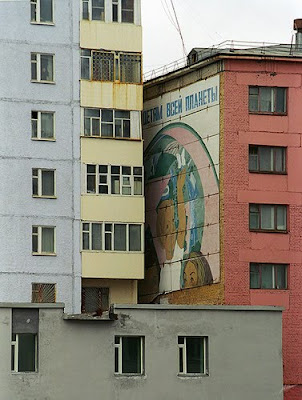 (Translation: About the Planet and the Children, ) 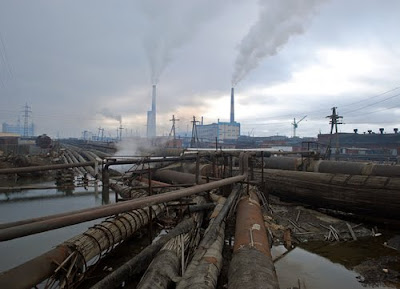 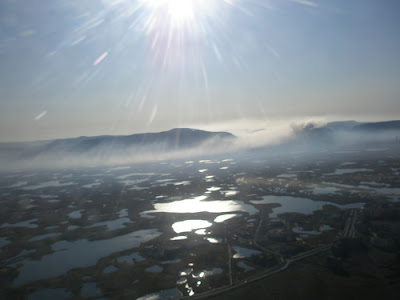 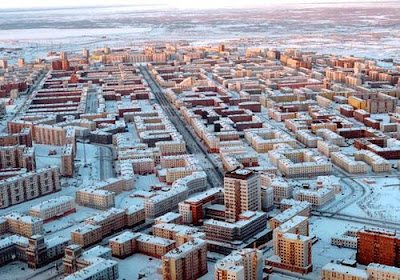 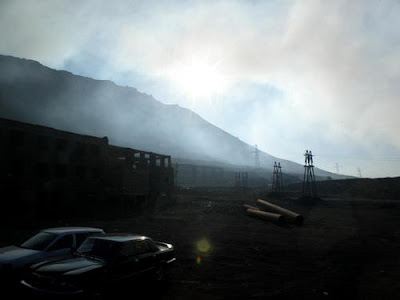 Mikhail Prokhorov is the former CEO and billion dollar shareholder in the Norlisk Mining and Metals company, as well as rapper Jay-Z’s current business parter, as majority owner of the New Jersey Nets. HIs photo has been intentionally excluded from the series above, so that his name will be associated with pollution, above all else. He once was the baron behind, Norlisk, a secretive siberian smelter city, tabbed by the BBC as the world’s largest producer of acid rain.
Prohkorov, a charming 45-year old, has made more headlines recently for hisflamboyant private life, than pollution, but. Prokhorov’s dossier, aside from chronic pollution, also includes bribery, seizure of public property via emminent domain, and business deals with Zimbabwe’s Robert Mugabe.
The Smelter city of Norilsk was originally founded as a Stalinist Gulag in 1937. The temperatures are so extreme that between 1939 and 1959, the gulag claimed at least 16,806 lives. Ten degrees above zero (Fahrenheit) is warm weather in Norilisk. The sun does not shine for six months a year. Temperatures can fall to seventy below. There is a nineteen mile wide dead zone surrounding the city, few babies are born healthy, and the acid rain blankets an area the size of Germany. These are the daily realities of those who toiled to form the base of Prokhorov’s fortune.
This man could be LeBron James’s new boss, for all we know. He’s going to be signing the checks to former Stanford Star Brook Lopez. Yet it is unlikely the press, or national basketball association will make any mention of his pollution of the world’s air and Russia’s water. While Prokhorov has since sold his stake in Norlisk, the environmental damage that occurred during his leadership as director has been devastating.
National Basketball Association’s willingness to turn ablind eye to political, geographic, and environmental is unsurprising. While the Norwegian government sold their shares in Norlisk because it did not want the environmental damage on their conscience, the NBA is not nearly as progressive an organization. Ecological morality is once again overlooked for the prospect of an extra few millions.
It’s fitting that Prokhorov is set to be the boss in New Jersey, of all places, because when you think Prokhorov, think Pollution (with a capital P).
The images used in this post were all generated in google earth from screenshots or the panoramio tool.
For a flyover tour of Norilsk in Google Earth, download this file.