This week was rife with tragic news: the Polish Presidential plane crash in Russia, revolutions and upheaval in Kyrgyzstan, and refugee crises emerging from Tamil emigrees from Sri Lankan, I thought it would be best to leave the gravity to the newspapers for the time being, and insert a bit of humor into this week’s Geocurrentcast.


This weeks tour, which can be accessed by downloading this KMZ File for Google Earth, is a compilation of a dozen of the most stunning, humorous, and mysterious sites that have rose to prominence the Google Earth Forums and on Google Earth Hacks.

This compendium of man made geographic oddities includes: crop circles, monolithic Antarctic remnants of the CCCP, ship graveyards and sunbathers. 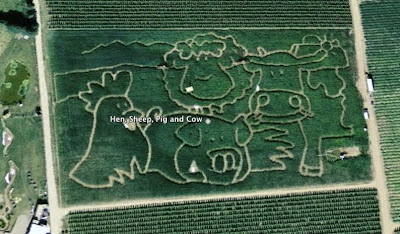 The goal of this exercise, aside from dazzling you with Geographic Eye Candy, is to pique your curiosity towards the less conventional uses of Google Earth.

As a bonus to this tour, I’ve also composed and included what might be the first comedy sketch ever composed in Google Earth tour mode, ‘Jumping off Niagara Falls in a Barrel.”

Double click the video icon for this one minute long sketch, loosely based off of the existential desperation of Western New York depicted in Vincent Gallo’s landmark independent film, Buffalo 66.