After mapping a number of the indicators found in the World Economic Forum’s Travel and Tourism Competitiveness Report, I realized that the results could make a particularly challenging geo-quiz. Many of the results seemed surprising to me, and as a result I am not sure if I would have done very well on the quiz.

At any rate, I have included six world maps, all of which use a color scheme ranging from dark blue to dark red. On every map, blue shading indicated conditions favorable to tourism, the darker the better, whereas red indicates conditions disfavorable to tourism, the darker the shade, the worse the conditions. As the World Economic Forum’s report includes data for only 140 countries, many states are left in grey. I cannot vouch for the data quality, and I must note that one map, that of the “reliability of police service,” is based on highly subjective survey data.

The maps, labeled A though F,  show the following features.

1. Reliability of Police Services (“To what extent can police services be relied upon to enforce law and order in your country?”)

6. Road Traffic Accidents (Estimated deaths due to road traffic accidents per 100,000 population, 2007 or most recent)

See if you can match the map letters with the answer numbers, and post your responses if you would like in the comment section of the blog. 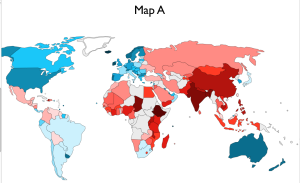 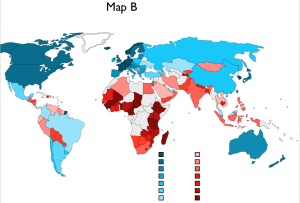 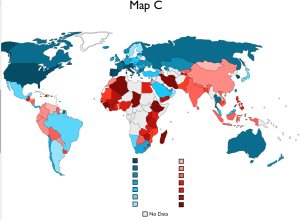 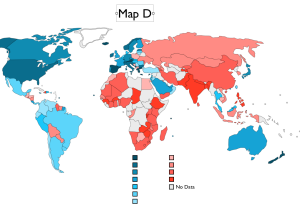 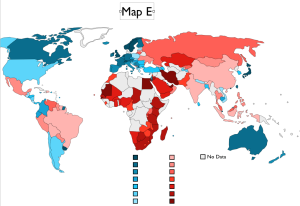 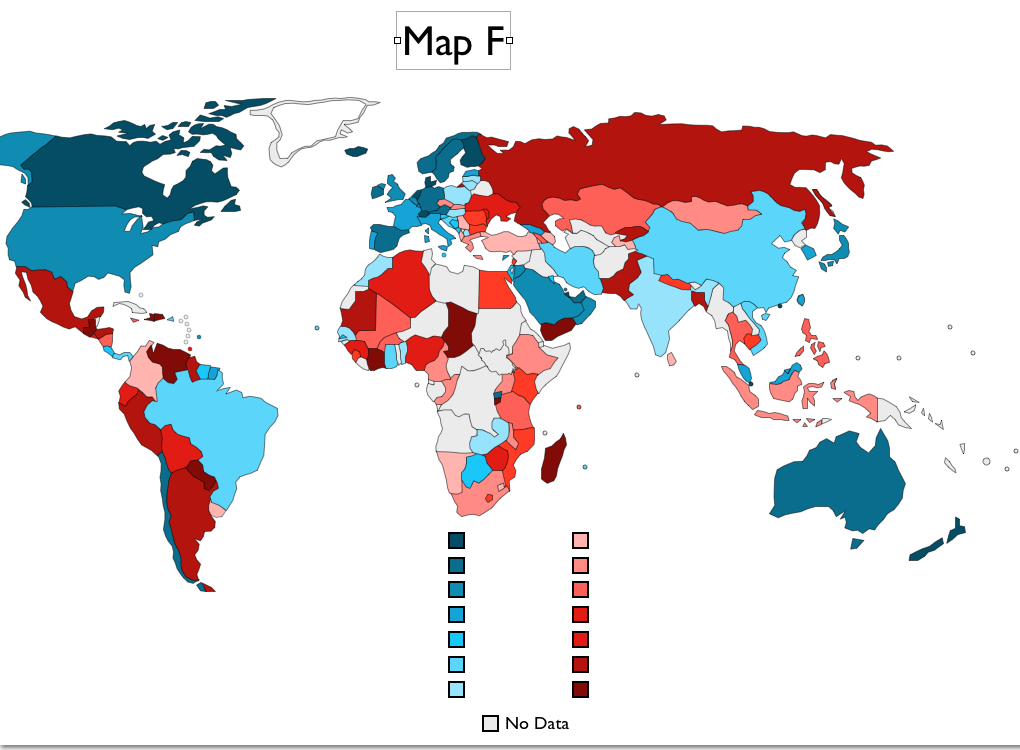 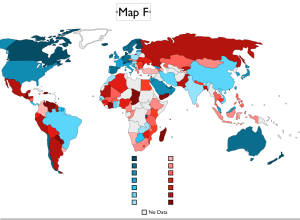