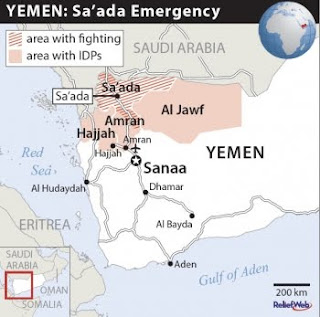 Concerns that Yemen could become a failed state have recently mounted. The country has a weak central government, faces separate rebellions in the north and south, and contains a considerable al Qaeda contingent. The northern rebellion attracts most international attention, as it has spilled across the border into Saudi Arabia, provoking harsh Saudi reprisals. On December 25, 2009, Yemeni lawmaker Yahya al-Houthi claimed that Saudi Arabian warplanes were employing internationally banned weapons in attacks on villages in northern Yemen, resulting in massive civilian casualties.

This conflict, usually called the Houthi rebellion or the Sa’ada Emergency, is related to the distinctive form of Shia (or Shi’ite) Islam, Zaidi (or Zaidiyya), practiced in the region. Zaidis (sometimes called Fiver Shia Muslims) constitute over 40 percent of the population of Yemen, and until 1962 the Zaidi Imams actually held political power in northern Yemen. Sunni Islam, however, now holds political sway in the country at large – to the extent that Yemen functions as a unified state. 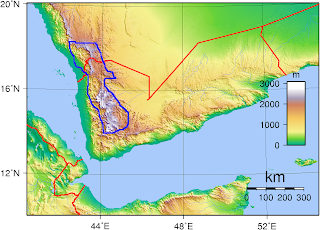 Saudi hostility stems in part from the fact that the border separating it from Yemen does not correspond with cultural divisions. Up to one million Zaidis reside in the mountainous reaches of the ‘Asir province of southwestern Saudi Arabia, where they face discrimination from the resolutely Sunni government. In ‘Asir, Yemeni Arabic dialects are widely spoken, and farming and other day-to-day practices are much more similar to those found in northern Yemen than to those elsewhere in Saudi Arabia. The Saudi government only fully gained control of ‘Asir from the Zaidi Imam in 1934, and some evidence suggests that separatist sentiments remain entrenched.

Saudi Arabia accuses Iran of supporting the Houthi rebels, which may be true, even though the Zaidi version of Shia Islam is markedly different from the Twelver sect of Shia Islam found in Iran. More problematic for Saudi Arabia in the long run is the fact that most of its people living in its Gulf coastal area – the site of its major oil reserves – are Twelver Shias. But that is a topic for another post.